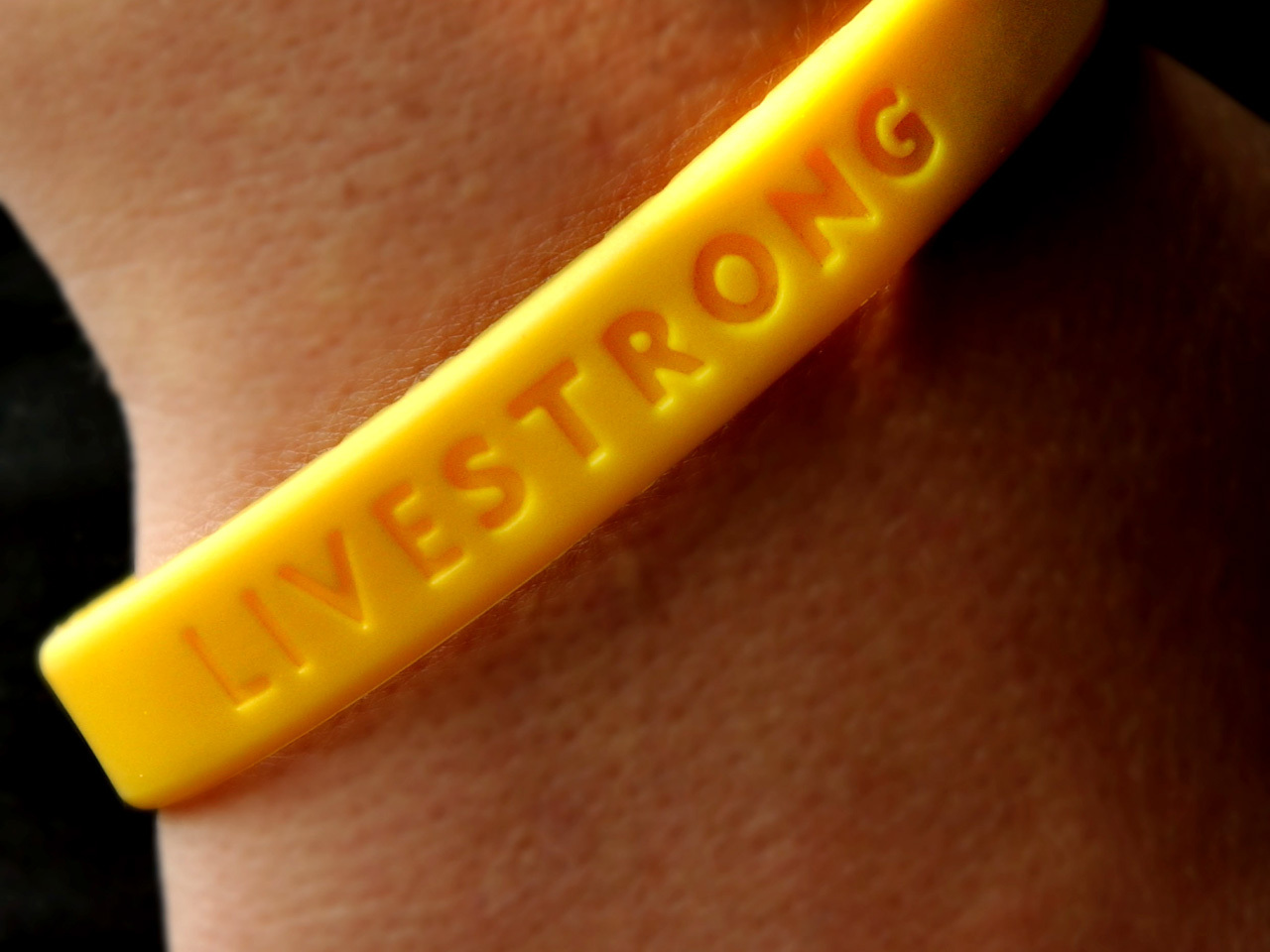 (CBS News) The Livestrong Foundation and disgraced cyclist Lance Armstrong have parted ways after years of being thought of almost as one. So why is the cancer survivor group under fire from critics, including some who once were within its ranks? Our Cover Story is reported by Sharyl Attkisson:

With his stunning admission of doping, it became clear that Lance Armstrong's seven Tour de France victories weren't as inspiring as people thought.

Some are now saying the same about the world-famous cancer charity he founded, Livestrong.

"It's like when you find out there is no Santa Claus, along those lines, you know?" said Michael Birdsong, who is part of a lawsuit being prepared on behalf of donors planning to sue to get their money back.

Fueled by his comeback story, Livestrong grew into a highly-rated charity -- and millions wanted to be seen wearing Livestrong's distinctive yellow wristbands.

The charity has raised over a half-billion dollars, much of it from people like Birdsong. An avid cyclist himself, he was drawn to Livestrong after his in-laws died of cancer and his wife battled the disease.

He says he got a firsthand look at how the charity was run when he became an official Livestrong Challenge volunteer "mentor," bringing in an additional $65,000 from friends and family.

"I thought a lot of it was actually going to these cutting-edge research mini-grants, you know, to help these promising studies that were going on," he told Attkisson.

Livestrong says Birdsong was well-acquainted with the group's mission. But Birdsong says when he first got involved, he had no idea that Livestrong had decided early on to phase out investments in scientific cancer research.

While there are people who may think that Livestrong is a cancer research foundation, Katherine McLane (who heads communications for the charity) says it is "a little frustrating" to the organization.

"It sort of mischaracterizes what everyone in this building does," she told Attkisson. "We're not sending money to labs to fund research, although we recognize that is tremendously important."

Now, Livestrong needs to find an identity, and a path forward -- as a cancer charity that doesn't fund cancer research -- and without its founder, who is no longer affiliated with the organization.

Lance Armstrong resigns from Livestrong board

"It's a challenge, but it's also an opportunity," said McLane. "We have to turn the page. We have to reintroduce ourselves to donors, to survivors, and to patients to reassure them that we're not hunkering down, we're doubling down on our commitment to them."

So, where does all of Livestrong's money go? And what is the mission, if not cancer research?

McLane says the charity's mission is to help cancer survivors, with programs that have improved the lives of 2.5 million people.

"What we began investing in, instead of clinical research, was an ongoing dialogue with patients, with survivors, with their families, to gauge the long-term effects that cancer takes on a family and on one's livelihood and on one's psyche, on one's body," said McLane.

"We specialize in breaking down any barrier that a family or an individual has to getting treatment," she said.

At the charity's Austin headquarters, there's a brand new transportation program for patients. McLane says Livestrong developed a pilot recently that recruits volunteers to help patients without access to a car get to their chemo appointments.

The charity also gives out grants -- to help fund conferences and a nationwide network of summer camps, supporting the children of cancer patients.

But Birdsong says he saw a lot of money going out the door for questionable expenses.

"When did you start to have doubts about what the foundation was doing and where the money was going?" asked Attkisson.

"Oddly enough, when I was starting to work with them, officially mid-2007, 2008, these questions started popping up into my head," said Birdsong.

Critics were already accusing Armstrong of using his charity as a so-called "cancer shield" to deflect persistent doping allegations. Birdsong also felt there were frivolous expenses that did more to promote Armstrong -- at events like the Tour de France -- than fight cancer.

"They sent, like, five staff members for 21-plus days to France to just follow him around -- and tweet about it," he said. "And they had this really big party on the Champs-Elysees [on] the final day of the tour. How is this effective?"

His biggest objection came when Livestrong sold the use of its name in 2008 for $2.5 million. If you didn't know better, you might think livestrong.org, the charity, runs livestrong.com -- but a media company owns this for-profit website that advertises health and fitness products.

"It's unheard of -- I've never heard of anything like that," said Mark Zimbelman, an accounting professor at Brigham Young University who's looked into Livestrong's practices.

"It's just questionable, to sell their name, and allow somebody to take a website and make money doing other things," Zimbelman said. "Just that boundary is so gray."

When asked by Attkisson if she thought people might be confused if they Google "Livestrong" and end up on the for-profit website, McLane replied, "There's possibly always room for improvement, but our goal is to avoid any confusion."

And then there's the matter of how much money directly helps cancer survivors.

According to McLane, 82 cents of every dollar raised by the Livestrong Foundation is invested in programs, services and grants that support people struggling with cancer.

That $0.82 mark wins Livestrong a high rating among charities.

But that's using a common charity accounting method that counts everything from marketing costs to executive salaries, lobbying, and legal fees as what's called "program services."

"I think the breakdown is tough to calibrate," McLane said.

"Is lobbying fees and legal fees, is that part of program services directly helping cancer patients, in your opinion?" asked Attkisson.

"I think advocacy is enormously important for the cancer community," replied McLane.

Prior to Armstrong's doping admission, the charity's 2011 IRS tax forms show it put $13 million in the bank in a rainy-day fund, and reported $103 million in cash and assets. That's an unusually large amount, charity experts say, when Livestrong spent $5.2 million -- that's 11 cents on the dollar -- for grants to help cancer survivors.

"That's a pretty small percentage of the program," said Attkisson.

McLane responded, "Grants aren't the only thing that the foundation invests in, obviously. We have 104 people here in Austin, Texas, many of whom are social workers, policy experts, people who work with survivors every single day."

In late May came the news that Nike, a key sponsor, was cutting its ties with the charity.

But however it adds up, Michael Birdsong wants a refund.

"I gave you this money, and worked for you and asked other people for this money in good faith," he said. "We were suckers. We got taken. That's the way sometimes we feel about it."

McLane acknowledged, "There is a small, tiny percentage of people who have asked for their money back. We invest the funds that donors entrust to us into programs and services that help survivors get access to care and a better quality of life. And we don't pull those investments out."

So, Attkisson asked, they're not getting their money back?

"We do not offer refunds," McLane replied, "just like most non-profits."

EDITOR'S NOTE: In an email yesterday, Livestrong again stated that Michael Birdsong was -- in their words -- "very familiar with the foundation's work and purpose," and cited blogs he'd written praising the organization. For his part, Mr. Birdsong says he DID believe in Livestrong -- that is, until he became disillusioned with the charity's practices.