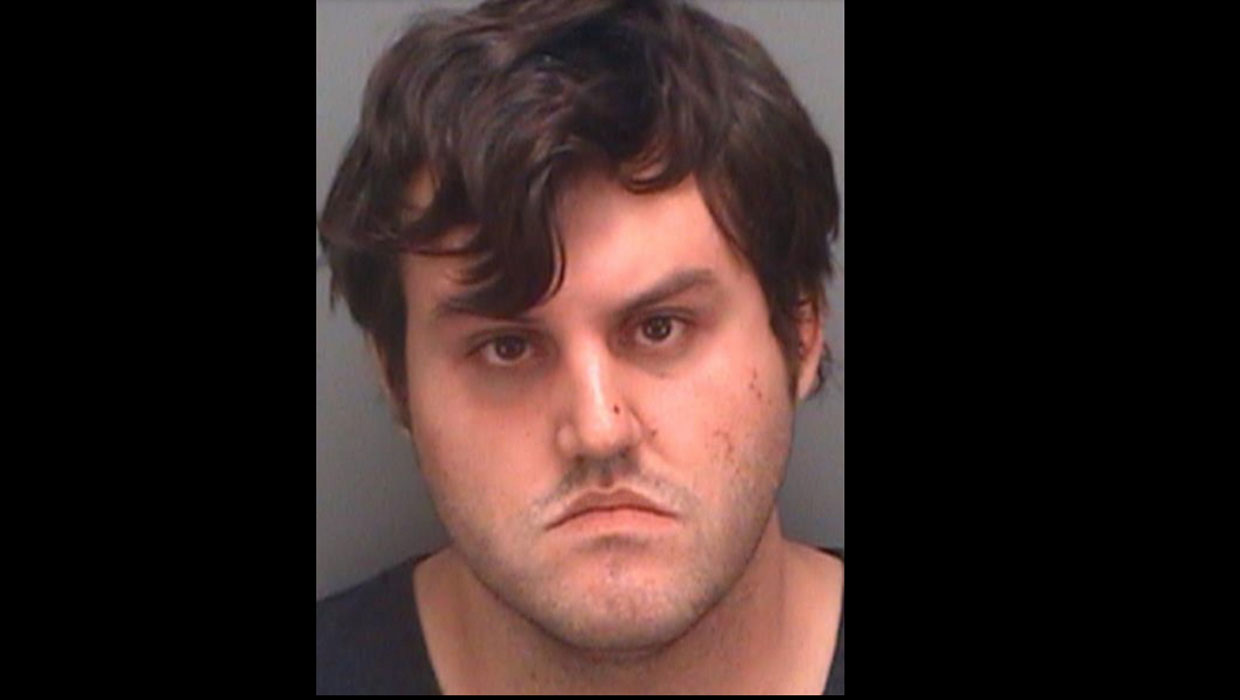 Still, friends and family said, she loved her daddy and told him that often. And by all accounts, John Jonchuck doted on Phoebe.

Their once-strong bond left police wondering why he dropped her over a bridge and into Tampa Bay. The fall was 62 feet, police said. Police believe she was alive when she went into the water.

Phoebe lived with her father, and in the last day of her life, he made comments that frightened his lawyer so much she called authorities and frantically wondered aloud if she should have kept the girl at her office. He called his attorney "God" and asked her to translate a Bible in Swedish.

A short time later, a deputy questioned Jonchuck and found nothing wrong. Phoebe was smiling and happy.

Fast-forward 12 hours, during an unusually cold and windy night along the Gulf Coast, when a police officer spotted Jonchuck speeding by in his car early Thursday. Then the officer said he witnessed Jonchuck drop Phoebe.

Jonchuck is in custody at the Pinellas County Jail without bond. Phoebe's body was recovered about a mile from the bridge about two hours later. An autopsy and cause of death was pending.

Before her death, Jonchuck and Phoebe had an odd encounter with his attorney. Genevieve Torres told the 911 dispatcher she had asked Jonchuck if he wanted her to file paperwork in his custody case during a meeting Wednesday in Tampa.

"It's not going to matter anymore," she recalled him saying.

"That really scared me," Torres told the dispatcher, her voice trembling. He was "out of his mind."

When a sheriff's deputy investigated, Jonchuck told the officer he was happy, didn't want to hurt himself or his little girl and had "new clarity in his life."

The Florida Department of Children and Families said Thursday evening that the agency received a call to the abuse hotline at 2:45 p.m. Wednesday "regarding the mental health of Phoebe's father."

The caller said Jonchuck was "depressed and delusional."

DCF Secretary Mike Carroll said a team is reviewing the agency's involvement with the family, which included at least three prior investigations into the family.

Phoebe had long, curly hair, a wide smile and loved princesses. She hated baths and water, making her death even more gut-wrenching, said Linda Mattos, the owner of a daycare that looked after Phoebe.

Phoebe's mother, Michelle Kerr, was with Jonchuck for six tumultuous years, and police were called numerous times. Since 2008, Jonchuck has been charged with domestic battery six times, but in every case, the charges were dropped or never pursued.

Kerr had an arrest record consisting of child neglect, petty theft and contributing to the delinquency of a minor, among other charges.

Jonchuck had custody of Phoebe and they lived with Jonchuck's parents in Tampa.

"I always saw him as a good dad," Kerr said. "She would always say, 'I love you daddy.' She loved her dad."

Now Jonchuck is charged with first-degree murder. At his first court hearing, Pinellas County Judge Michael Andrews asked him if he wanted an attorney.

"I want to leave it in the hands of God," Jonchuck said.

The judge responded: "I'm pretty sure God's not going to be representing you in this case. You're going to be standing trial."

Mattos, the daycare owner, said Jonchuck and Phoebe were homeless in 2013. Jonchuck had a back injury from a fall at a restaurant and didn't work, so Mattos allowed them to stay at her house for about six months, until Jonchuck started to pick fights with her.

When she asked him to leave, he tried to get revenge, Mattos said, by calling child protective services.

"He was very revengeful," she said. "He tried to ruin me."

It was a claim Kerr echoed.

She said she last saw her daughter and Jonchuck on Christmas Eve. They had a nice evening together and then he called child protective services on her and made false abuse allegations, she said.

"He does the Jekyll and Hyde. It's just something that goes on in his head, he just wasn't wired right," she said.