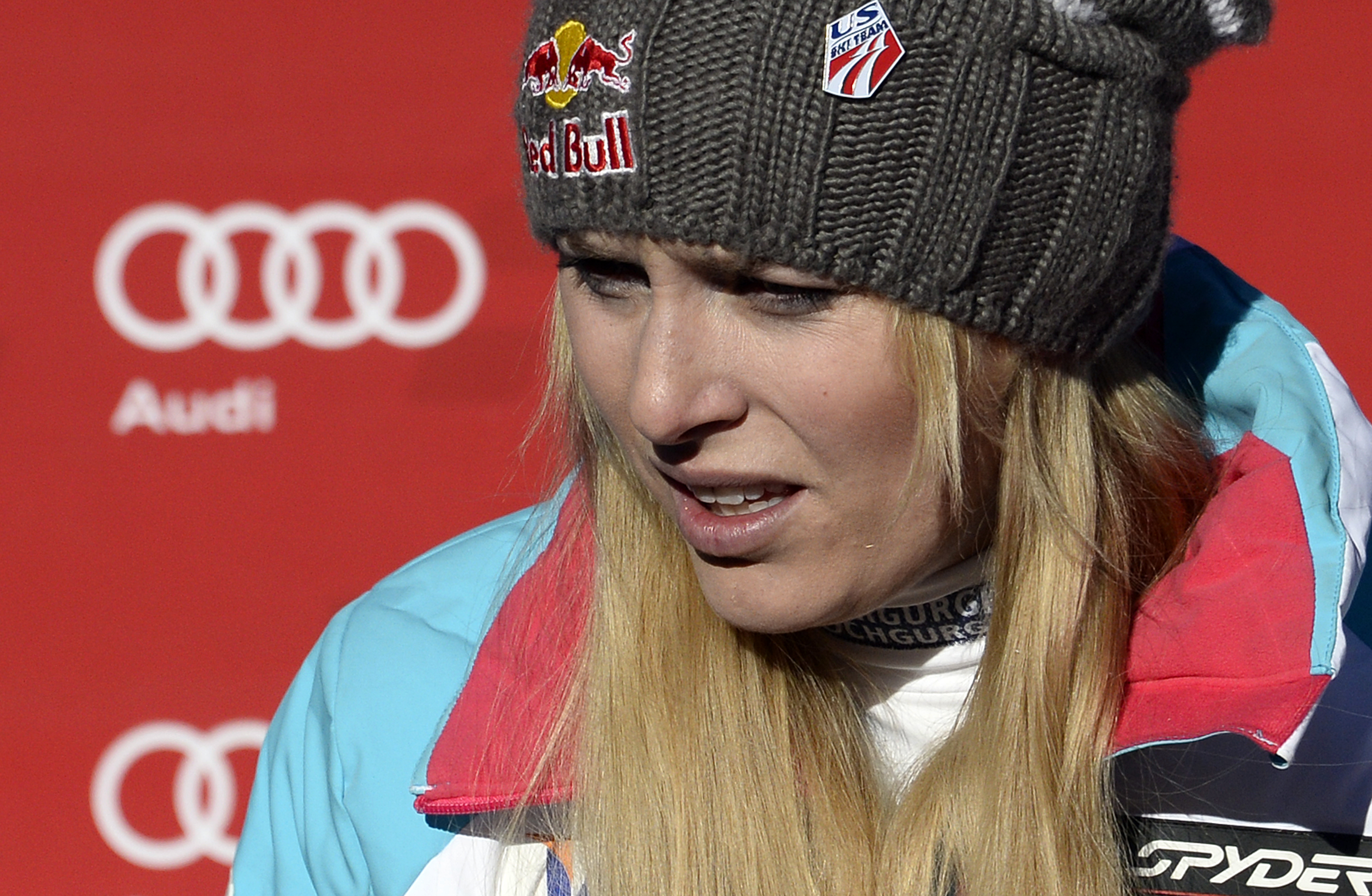 Lindsey Vonn will miss the Sochi Olympics because of a right knee injury, leaving the Winter Games without one of its biggest stars.

The 29-year-old from Vail, Colo., announced her decision Tuesday, exactly one month before the opening ceremony in Russia.

Her personal publicist, Lewis Kay, said in a statement that Vonn "will have surgery shortly."

In a posting on Facebook, Vonn said she is "devastated" to miss the Olympics, "but the reality has sunk in that my knee is just too unstable to compete at this level."

She took home two medals from the 2010 Vancouver Games, including becoming the fir  st American woman to win an Olympic gold in the downhill. Vonn is also a four-time overall World Cup champion, the most recognized name in Alpine skiing - and, as it happens, the girlfriend of Tiger Woods.

Add it all up, and she would have been the focus of plenty of media coverage in Sochi.

But Vonn tore two ligaments in her right knee during a high-speed crash at the world championships last February, sidelining her for about 10 months. She re-tore her surgically repaired ACL in a training crash in November, a key setback. Then, after returning to competition in early December by finishing 40th, 11th and fifth in a set of World Cup races at Lake Louise, Alberta, Vonn sprained her MCL during a race at Val d'Isere, France, last month.

"I did everything I possibly could to somehow get strong enough to overcome having no ACL," Vonn said Tuesday via Facebook.

"I'm having surgery soon so that I can be ready for the World Championships at home in Vail next February," she wrote. "On a positive note, this means there will be an additional spot so that one of my teammates can go for gold. Thank you all so much for all of the love and support. I will be cheering for all of the Olympians and especially team USA!"

As recently as Dec. 21, Vonn hinted that making it to the Sochi Games would be tough, writing: "I'm fighting as hard as I can to keep my Olympic dream alive but skiing with no ACL is harder than I expected."