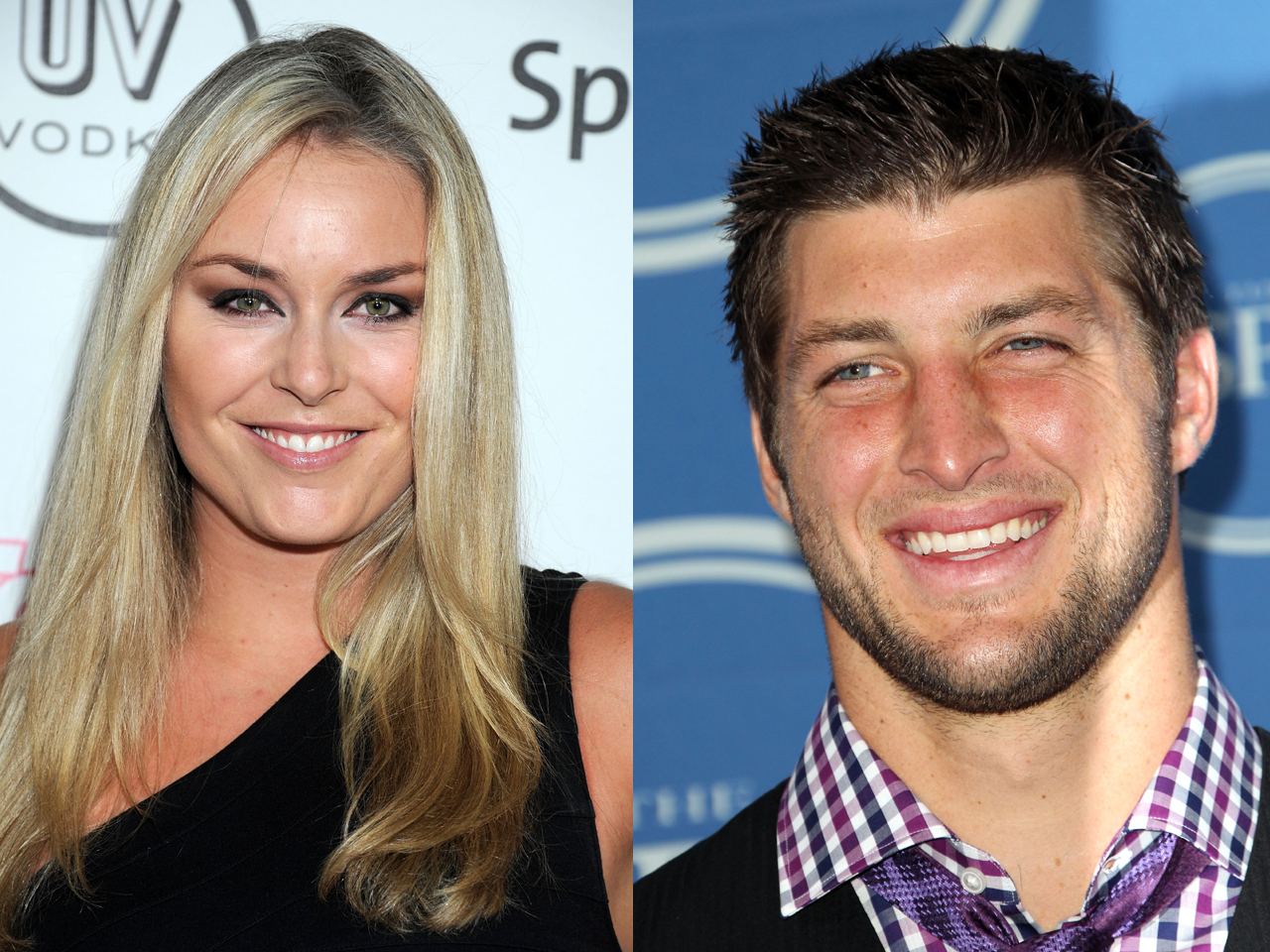 (CBS) Lindsey Vonn took to Twitter to slam any rumors about a romance with Denver Broncos quarterback Tim Tebow.

The Olympic champ, who recently filed for divorce from her husband, insists she and Tebow are just friends.

"Hearing a lot of crazy rumors but rest assured I am NOT dating Tim Tebow (or anyone else)," she wrote. "I'm just friends with his family. xo, LV"

The 27-year-old skier opened up about her friendship with Tebow, 24, and his family in a recent blog post for the Denver Post.

"A lot of people are wondering what's up with me and the Tebows," she wrote. "I'm just friends with the family. I met Tim and his brother Pete at the ESPY Awards like three or four years ago in the gym -- we were working out there. I spent more time with Tim and his brother at the V Foundation Golf Tournament, and this year at the ESPYs."

Tebow is a devout Christian who once said he was saving himself for marriage.