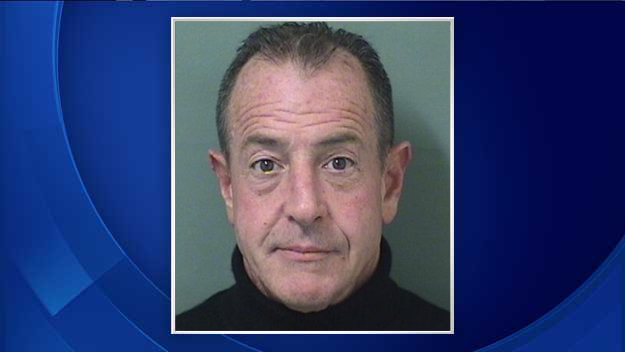 Michael Lohan, 55, turned himself in to Boca Raton police and charged with a single count of battery, according to the station. Lohan was later released.

The charge stemmed from an alleged incident that occurred in October, according to the Sun-Sentinel. A police report, obtained by the paper, alleged the father of the actress, and his wife Kate Major, were arguing when she says she saw Lohan slap one of their children.

Major said she then grabbed her cellphone and started recording what happened next, according to the police report.

She told the police that Lohan then grabbed her, choked her and slapped her, according to the Sun-Sentinel.

Major reportedly told police that she left the home, but didn't contact them because of a then-ongoing case with the Department of Children and Families.

When Major did go to police in November, she gave them the video of the alleged altercation, reports the newspaper. It was shaky, noted the police report.

It is unclear as to why Michael Lohan is being arrested for the incident several months after it occurred, according to CBS Miami.