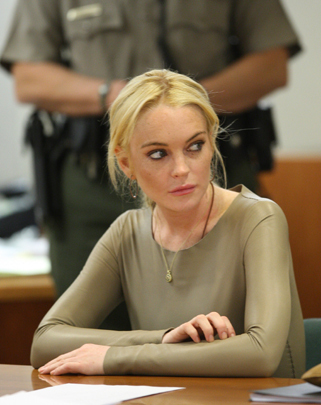 (CBS) Lindsay Lohan could make her return to the silver screen if she takes the role of Sharon Tate, Roman Polanksi's wife and one of the murder victims of Charles Manson's "family."

TMZ reports that Lohan was offered the role and it's currently unknown whether she has accepted it.

The film, called "Eyes of a Dreamer," is being produced by Brad Wyman and the role of Charles Manson is set to be played by photographer Tyler Shields.

Sharon Tate was an actress married to Roman Polanski and was eight months pregnant when she and four others were killed by Manson followers.

The 24-year-old is currently dealing with several legal issues, including a grand theft charge after allegedly stealing a $2,500 necklace, and assault charges on a Betty Ford staffer, which recently havebeen dropped.