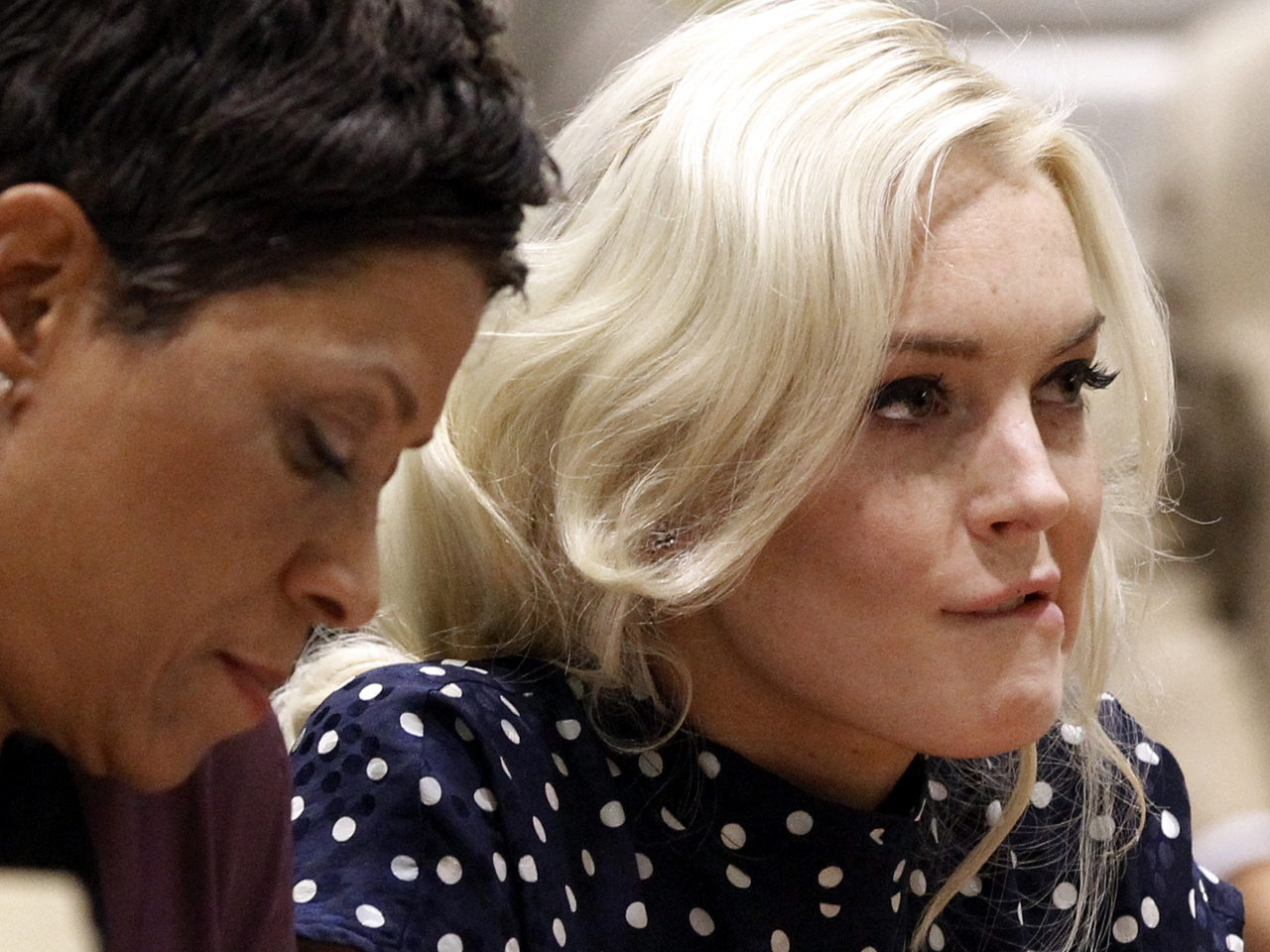 LOS ANGELES - A judge sentenced Lindsay Lohan on Wednesday to 30 days in jail and warned the actress there would be plenty more time behind bars if she violated further court orders.

Superior Court Judge Stephanie Sautner imposed the complicated new sentence, telling Lohan she would have to serve more than 400 hours of community service at the county morgue, undergo counseling sessions and report to court frequently to avoid further jail time.

In all, Sautner sentenced Lohan to 300 days in jail for violating a court order, but said the actress would only serve the additional 270 days if there was another violation.

In reality, however, the initial 30-day sentence will be significantly shortened by jail overcrowding, with Lohan likely serving only about six days. The actual length of the term will be set by the Sheriff's Department, which oversees county lockups.

The actress has until Nov. 9 to report for her jail term, and Sautner ruled she cannot serve house arrest, as she did previously this year.

The judge is keeping a short leash on Lohan, ordering her to report to court for monthly updates between December and March. She said Lohan can no longer leave the country and would have a new "no-nonsense" probation officer.

The judge said the highly-structured sentence was known in judicial circles as "putting the keys to the jail in the defendant's hands."

Lohan, 25, acknowledged violating her probation by being terminated from a community service assignment at a women's shelter earlier this year and missing psychotherapy sessions that the judge previously ordered.

Wearing a polka-dotted dress, Lohan arrived at the courthouse about 10 minutes early and spoke only briefly in court, telling Sautner she understood the sentence and was OK with it.

Sautner noted that Lohan's popularity in certain circles is low, saying another women's shelter refused to accept her for a community service assignment because she was considered a bad example for the women.

Lohan's previous probation officer also wanted off the case, and the new officer is under orders to immediately report any violations directly to Sautner.

It will Lohan's fifth jail sentence since being arrested twice for drunken driving in 2007. She last served 35 days on house arrest on a four-month jail sentence.

Sautner, who is the fifth judge that Lohan has faced since her first arrest in 2007, has expressed exasperation with the actress and California's budget-strapped jail system.

The "Mean Girls" star has been reporting to the Los Angeles morgue regularly, which Sautner ordered her to do at the last court appearance. The judge had sentenced Lohan to serve 120 hours doing janitorial work at the coroner's office in April and expressed hope that the actress would benefit from working three times that amount of hours at a women's shelter.

Lohan was terminated from the shelter program after failing to show up nine times at the center. She told her probation officer the assignment was not fulfilling, according to the actress' probation report.

The actress' morgue service has not been without drama. She was turned away the first day after showing up 40 minutes late but has shown up early several times since then. Assistant Chief Coroner Ed Winter declined Tuesday to characterize how Lohan's service was progressing.

The former Disney star has been sent to jail, rehab, counseling and community service numerous times since being arrested twice for drunken driving in 2007.

Her probation on that case is nearly over, but her release remains supervised after Lohan pleaded no contest in May to misdemeanor theft for taking a $2,500 necklace without permission in January.

Once a headlining actress, Lohan's court and personal troubles have overshadowed her career for years.