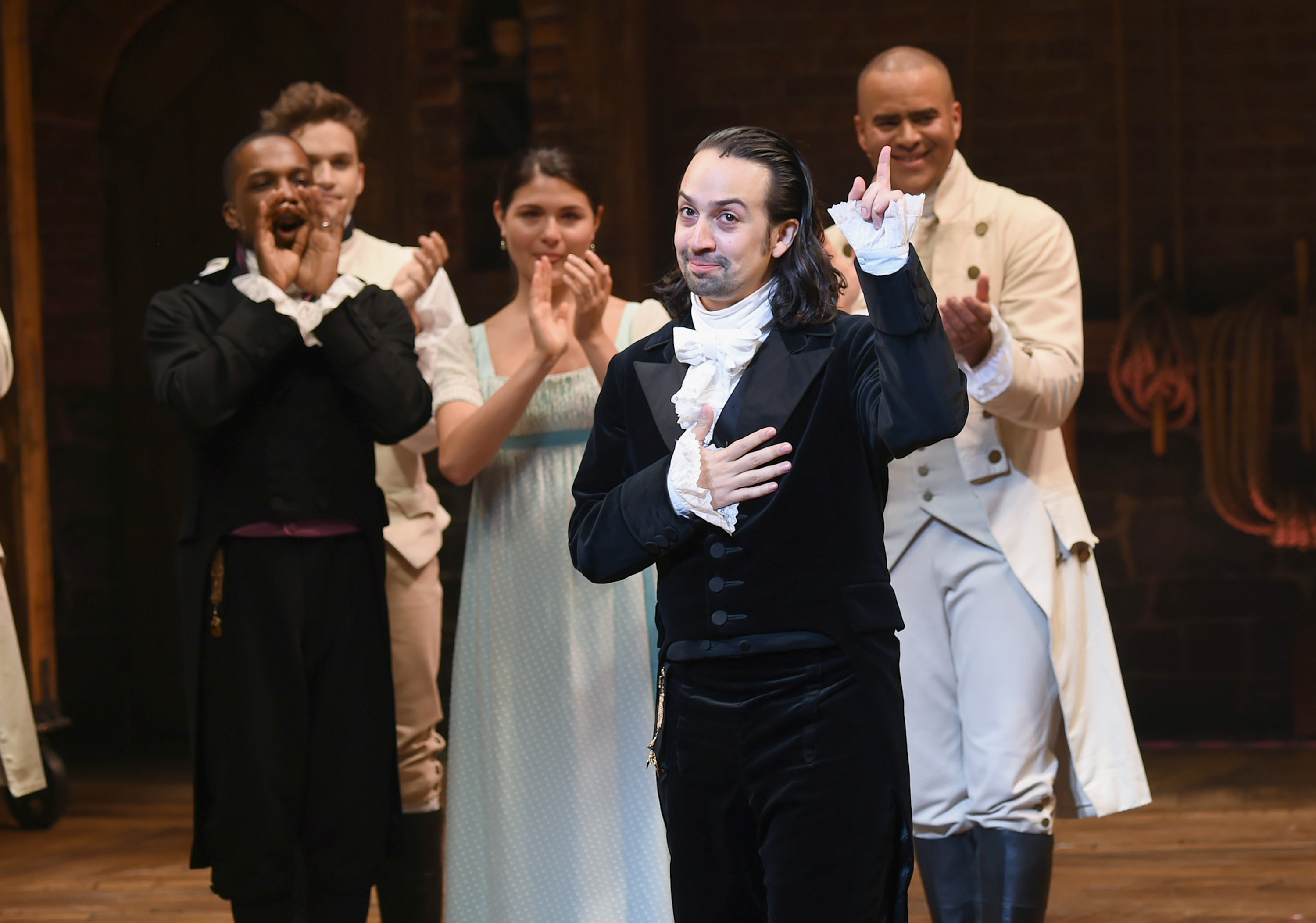 Miranda played his final performance as Alexander Hamilton on Saturday evening and not long after curtain call, he sat down for a haircut.

The musical mastermind tweeted a picture with the caption, "Teach 'em how to say goodbye..."

A photo later posted on Twitter shows him sporting the new look.

Manuel made a subdued final bow Saturday alongside two other departing stars in the show that has become a cultural phenomenon.

The performance Saturday at the Richard Rodgers Theatre was also the last for Leslie Odom Jr., who won a Tony Award as Aaron Burr, and Phillipa Soo, a Tony nominee who portrayed Eliza Schuyler. The three -- plus an ensemble member -- took their bows together but none said anything.

Miranda made a solo bow, with his hand to his heart before actor Christopher Jackson pushed him to the lip of the stage to receive the full blessings from the audience. The cast left after a few minutes to the theme from the TV series "West Wing," an apparently presidential choice.

Rose called it "a majestic moment in the history of theater" and historian Ron Chernow, who supplied the Hamilton biography that Miranda transformed into a musical, seemed still stunned by the course of events.

"Well I think it's safe to say that when I was writing the book I never imagined that it would be turned into a musical, much less a hip-hop musical, much less this extraordinary hip-hop musical," he said. "The show has such universal appeal, it really delights me how he's taken the book and really amplified it and appealed to such a mass audience. It's just astounding."

Afterward, Miranda appeared waving on the balcony outside the theater and also opened a window to say thank you to the crowds standing in the pouring rain outside.

The show, naturally, was interrupted numerous times by standing ovations, including ones for Miranda's opening song, Odom's "The Room Where It Happens" and Jackson's "One Last Time." Rory O'Malley, who plays King George III, broke character to blow a kiss to Odom during his last song. The 1,320-seat theater was completely filled, with patrons sitting on the stairs and standing in the back to witness theatrical history.

Soo will next lead a musical stage version of the film "Amelie" that hopes to land on Broadway in 2017. Odom wants to focus on his music and has a four-CD deal with S-Curve Records. Miranda will next star opposite Emily Blunt in Disney's sequel to "Mary Poppins" and he wrote music for the upcoming "Moana," an animated film with a Polynesian princess at its heart.

Many long-running Broadway shows including "Jersey Boys," ''The Phantom of the Opera" and "Chicago" have gone through numerous cast changes without losing momentum and experts say "Hamilton" will manage the transition well because it's never been a star-driven show.

"Hamilton" has already survived the loss of original cast member Jonathan Groff and other key actors are staying, including Tony-winners Daveed Diggs, who plays both the Marquis de Lafayette and Thomas Jefferson, and Renee Elise Goldsberry as Angelica Schuyler, as well as Tony-nominee Jackson as George Washington.

"Hamilton," which won 11 Tony Awards last month, has been praised by politicians and rap stars, influenced the debate over the nation's currency and burst through the Broadway bubble like none other.

This year, it has won the Pulitzer Prize for drama, a Grammy, the Edward M. Kennedy Prize for Drama Inspired by American History and Miranda earned a MacArthur Foundation "genius" grant.

A Chicago production of "Hamilton" will open this fall and a touring production begins a 21-week run in San Francisco in 2017 before moving to Los Angeles. A London production is slated for 2017.