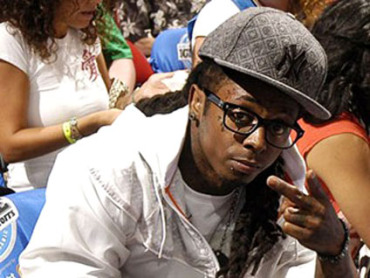 (CBS/AP) BLOOMINGTON, Ind. - Lil Wayne has surely had enough encounters with the cops to know what they look like.

WISH-TV reports that 23-year-old Larry Lee Richardson and 43-year-old Ronald Andre Harrod, both of Indianapolis, wore "police-type uniforms" and "gun belts" as they escorted Lil Wayne to a Bloomington club.

Police say Richardson led a caravan of the rapper's tour buses in a car that had flashing red and blue lights, and sirens blaring. They say Harrod was behind the caravan in another car that also had red and blue flashing lights.

Bloomington Police Department Capt. Joe Qualters says the men claimed they had permission and credentials to drive with lights and sirens.

Lil Wayne was convicted on a gun charge last year and spent eight months in a New York City jail. He was released last November.