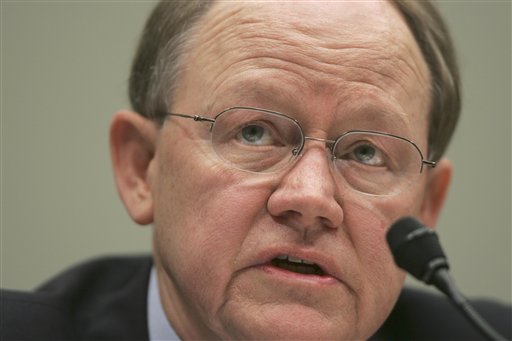 Warning: Jelly doughnuts may be hazardous to your child's health.

That's what Democratic presidential candidate Joe Lieberman is telling America's parents as he seeks a federal investigation into the marketing practices of junk food companies.

The Connecticut senator, who led the fight to put parental warnings on movie, video game and music advertising, wants the Federal Trade Commission to determine whether there is a connection between junk food advertising and the rise in obesity among youngsters.

"Parents today are being forced to contend with a new threat — big food companies targeting junk food at children," Lieberman said Thursday in Nashua, N.H. "It's time to stand up to the companies that hype food to children and to stand up for an important principle informed choices by people who can make informed decisions."

As president, Lieberman would push for three interim moves while the FTC conducts its study:

Require junk food advertisements to include nutritional information that somehow issues a warning to parents, much like movie ads are accompanied by parental ratings.

Ask Congress to require restaurant chains to include nutritional information on menus and mini-boards. There already is a bill pending in Congress to do this.

Empower the Agriculture Department to set standards for food sold in schools, primarily vending machines. The USDA currently regulates lunch menus, but there are no limits on what companies can sell kids through vending machines.

Lieberman's campaign officials said the senator would not define what junk food is, leaving that to dietary and health care experts.

In the 1990s and into the 2000 presidential campaign, Lieberman spurred an FTC investigation into the marketing practices of the movie, video game and music industries. Aides say he has found a similar pattern with food advertising: Companies are marketing unhealthy products to children too young to read.

While parents can refuse to bring junk food into their homes, advertisements prompt demands from the youngest children and make it more likely that they will buy the products — sometimes in schools — as soon as they get enough money of their own, Lieberman aides said.

The federal Centers for Disease Control and Prevention has declared obesity the top health issue in America. It estimates that 15 percent of children are overweight.

The announcement is part of a weeklong project by Lieberman to push family friendly initiatives.

On Wednesday in Manchester, N.H., he proposed expanding the Family and Medical Leave Act, the Clinton-era program that allows up to 12 weeks of family leave per year without pay.

Under Lieberman's plan, employees would pay about $1 per week into a program that would provide up to four weeks of leave at half pay.