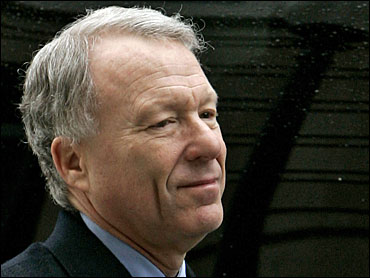 I think it's good that liberals and conservatives can be angry at the same time. It shows that people have more in common than they think. Our mothers told us not to lie. … "Lying can get you in trouble, young man or woman." That's always been true in my life. When I lie, my nose grows, I blush, and a little neon sign above my head flashes, "Lier, lier." I'm pretty lucky that way.

They do a lot of lying in Washington, though, and they're darn good at it. We in the media don't help. We let them lie. We don't question them hard enough. We don't hold their feet to the fire, so to speak.

Scooter Libby lied and was found guilty by a jury of his peers. Bill Clinton lied and was tried by the Senate. Is there a difference? Does it matter? What does it mean if we can't count on people in public office to tell the truth? They're the ones who get away with something, and we're the ones who end up in trouble.