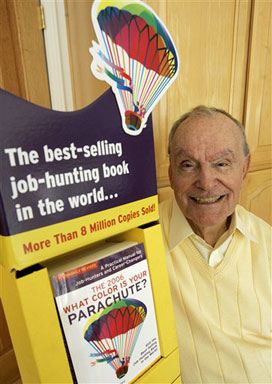 NFL star Ray Lewis pleaded guilty to a misdemeanor today under an agreement that drops murder charges in the stabbing deaths of two men outside a Super Bowl party.

Lewis entered the plea before Judge Alice Bonner, who sentenced him to a year's probation under Georgia's first offender act.

"It's a good day for Ray," defense attorney Don Samuel said as he entered the courthouse.

The Baltimore Ravens linebacker walked in a few minutes later, tossing the yellow tennis ball he has clutched throughout the first two weeks of testimony in his murder trial.

Defense attorney Ed Garland said he and Lewis discussed the plea agreement and went over his testimony before going to court.

"He said a prayer with me about his duties and his responsibilities and what he was doing and he was happy to go forward and let the truth all of it come out," he said.

Garland said Lewis' only crime was to tell his companions after the brawl that led to the deaths, "Keep your mouth shut," and giving an incomplete statement to police.

"He fully acknowledges his responsibility for those acts," Garland told Bonner after the plea was entered.

Lewis has a four-year, $26 million contjustice in that?" she said.

Prosecutors have presented little proof that Lewis assaulted anyone during the street fight outside an Atlanta nightclub.

The prosecution's witnesses have flip-flopped, changing the stories they gave investigators just after the killings. Duane Fassett, the driver of Lewis' rented limousine, was expected to testify that he saw all three defendants fighting and that Oakley and Sweeting admitted stabbing the men.

But in his testimony, Fassett said he saw Lewis raise his hand during the brawl, but never saw him strike anyone, and he said he didn't recall any admissions from Oakley or Sweeting.

Without much direct evidence linking Lewis to the stabbings, prosecutors had tried to convince the jury that Lewis participated in a conspiracy to cover up the crime.

Fassett reluctantly admitted on the stand that Lewis told everyone in the stretch Lincoln Navigator to "just keep your mouth shut and don't say nothing."

Evelyn Sparks, who was riding in the limousine, said she saw another passenger dump a white hotel laundry bag into a garbage bin. Prosecutors say the bag contained Lewis' white suit and alleged it had blood on it. Sparks also said a photo of Lewis' entourage taken the night of the killings was destroyed.

Ravens owner Art Modell said he looks forward to seeing Lewis back on the field.

"From the beginning of this tough situation for all involved, we believed in and supported Ray Lewis," he said. "We also believe in the court system and the due process that found Ray to be innocent of the very serious charges. He can now get on with his life, including his work with the Ravens."

The murder case was one of two involving NFL players last season. Carolina Panthers wide receiver Rae Carruth was arrested in January on murder charges in the shooting of his pregnant girlfriend.