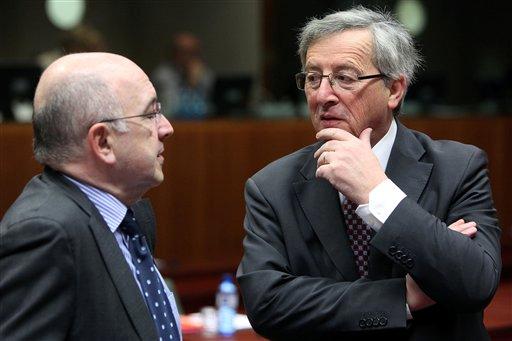 Mary Matalin, who served as assistant to President George Bush and was counselor to Vice President Dick Cheney, gave up her powerful White House position to spend more time being mommy to daughters Matty and Emma.

Her new book, "Letters To My Daughters," shares what she's learned about life and love.

When Matalin turned 50, she decided to write a book of letters to her young daughters, Mattie, almost 9, and Emma, age 6. Matalin was very aware of her own mother's death just one month after her (mom's) 50th birthday and she wanted to leave the girls something of herself.

She tells The Early Show co-anchor Harry Smith she used to see herself as a career woman; motherhood was not in her plans.

"I didn't really like kids," she says, "I didn't envision myself in any form of domesticity. Here we are, 40 and 49 when we got married, 42 and 45 when I had the kids. That's the point of the book. I might not be around to give them these pearls of wisdom when they need them most."

In her book she talks about how "mortified" she was when she learned she was pregnant and then she lost the baby, which was devastating.

She notes, "The book is open about those kinds of things that we don't really talk about. But I was shocked at the level of, not indifference, but the cavalier nature of the response to losing a baby. A baby is a baby, as any mother or father will tell you. You know you're pregnant and that's your baby. You start talking to it. And it's a real loss. It's not always treated like that. So I wasn't putting that story in there to prime them for anything other than to be sensitive and empathetic to mothers at all stages."

Her focus changes, and the idea of motherhood suddenly dawns on her in a really profound way.

She says, "It was a surprise. But I haven't stopped working. And I think it's good for girls and boys to see their mothers working. And I take them with me and I'm working on the campaign and still work with the vice president and whatnot."

Asked how the kids react to watching their political parents on TV, (Matalin is married to James Carville) she says, "They have age-appropriate opinions. They want to know what's happened to the kids in Iraq. They understand all of that. But we're not an uncommon couple in Washington. So nothing of this is unique. They didn't want me to work when I worked full-time. Now that I'm at home, they want me to go to a real job. They're regular kids."

So how does she explain to her children that mommy and daddy are polar opposites politically?

She says, "They are taught, and as I was taught, this is an incredible country. Didn't happen by accident. You have to participate in the country. Debate is good. Screaming at each other is not too good. We try to keep the decibel level down. But I would just want them to think. I didn't become a conservative until I started thinking, so I just wanted them to be exposed to all the right information."