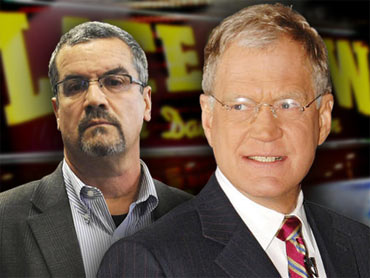 The former CBS television producer who tried to shake down David Letterman over the talk show host's romantic affairs was nominated for a News and Documentary Emmy Award for the work he did producing "American Girl, Italian Nightmare," on "48 Hours Mystery."

The story focused on an American exchange student, Amanda Knox, charged with murder in Italy. Halderman was one of four producers named on the story.

Halderman admitted in March that he demanded $2 million in hush money last fall to keep from revealing personal information about Letterman. Halderman buttressed the threat with information he'd culled from peeking at a former girlfriend's diary, which described a relationship with Letterman, her boss, officials have said. He began a six-month jail sentence in May.

Halderman no longer has his job at CBS. The network, which also hosts Letterman's show, has declined to say whether he quit or was fired.

The "48 Hours" story is nominated in the category of best continuing coverage of a news story by a newsmagazine. The awards will be presented Sept. 27 in New York.