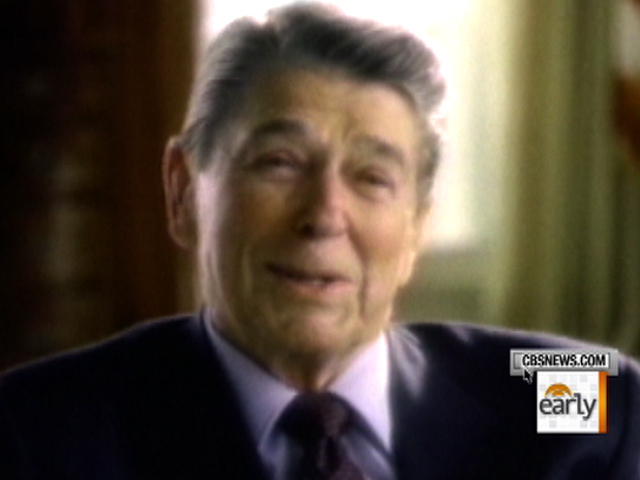 During remembrances this week for the upcoming 100th anniversary of Ronald Reagan's birth, his sons Michael and Ron Reagan had an untidy public family feud over the timing of his declining mental health late in life.

In his just-released book, "My Father at 100," Ron Reagan said his father may have shown signs of Alzheimer's disease as early as three years into his first term. Ron's half-brother, Michael, went on news shows and the internet after the book was released to call his brother's musings nonsense.

However, as Mother Jones magazine reports, there are other people who spent time with Reagan during his presidency whose recollections might bolster Ron's claims, including 60 Minutes correspondent Lesley Stahl.

During an Oval Office visit with her family as she was ending her time as a White House correspondent in 1986, Stahl wrote that "Reagan didn't seem to know who I was. He gave me a distant look with those milky eyes and shook my hand weakly. Oh, my, he's gonzo, I thought. I have to go out on the lawn tonight and tell my countrymen that the president of the United States is a doddering space cadet."

As their meeting wore on, Reagan became more animated and aware, Stahl wrote, which is one of the reasons she decided not to report on his apparent condition.

However, she eventually concluded that he must have had Alzheimer's in office. In an email exchange with Mother Jones, she wrote: "Later, when I would ask White House officials if they had ever seen him float away like that, they'd say yes, but that, as with me, he always pulled himself together. It was confusing for everyone."

In her memoir, Stahl concluded: "I now believe [Reagan aides and his wife Nancy] covered up his condition, and many continued to as they wrote their memoirs. But then, the public knew something wasn't right. There were all sorts of signs. We all looked the other way."