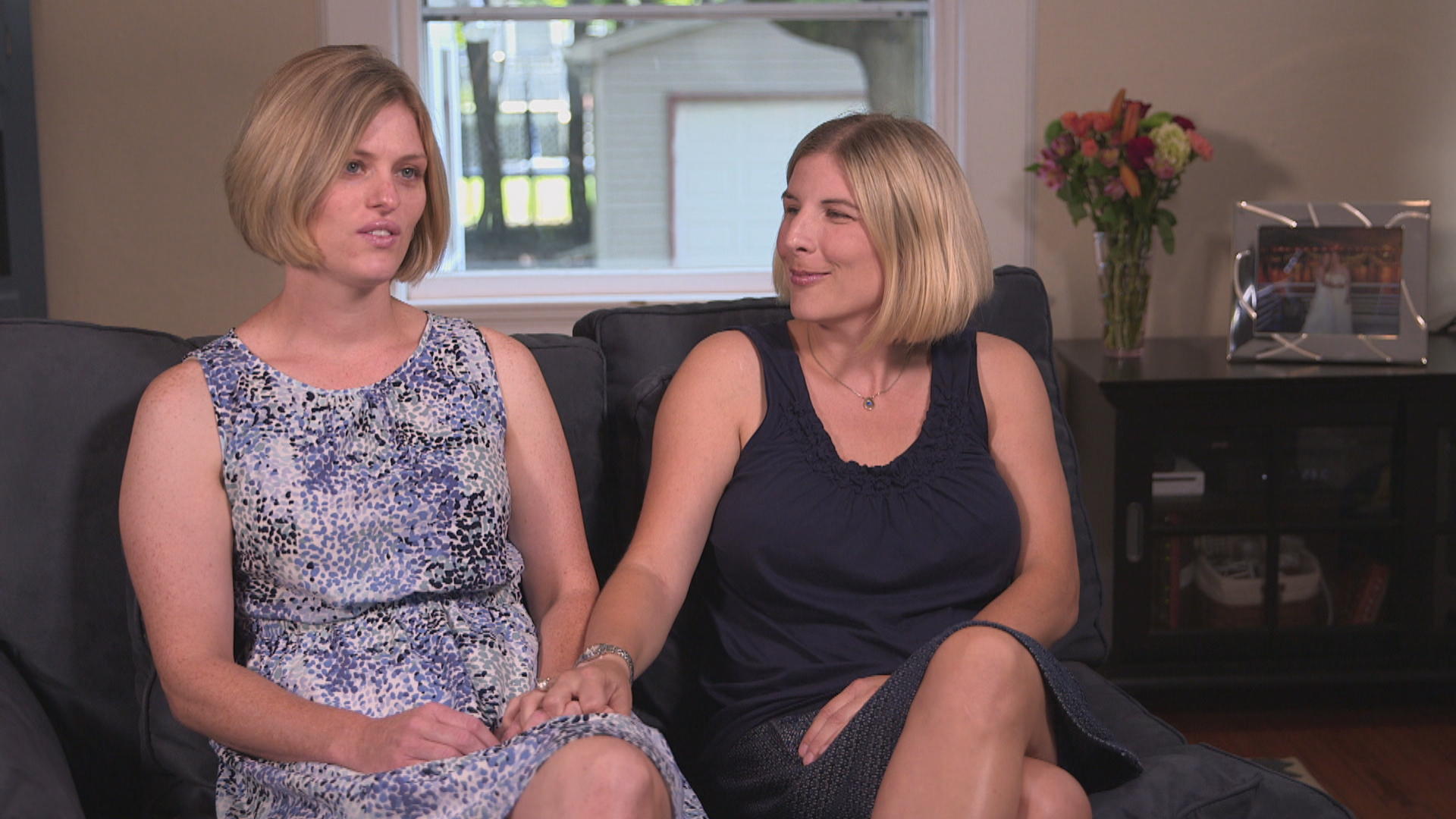 Erin and Marianne Krupa got married in 2013 with the intention of starting a family. They tell us they’ve spent about $50,000 on multiple infertility treatments including IVF with donor sperm. But a law which might otherwise have required their insurance company to cover the treatments didn’t apply to them -- a violation, they say, of their constitutional rights.

The couple decided that Marianne – the older of the couple – would carry the baby first.

“We just said, ‘You are older, you go first.’ I mean, we don’t really think that it was going to be this huge battle,” Marianne said.

But it has been a battle, despite both their efforts to expand their family. Three years ago, doctors told Erin they had discovered issues with her reproductive system that left her infertile. What followed was a series of heartbreaks – six miscarriages between the two of them.

“Every time we heard we were pregnant, every single time. And you start -- your brain just goes down this path,” Erin said. “You think about that kid and what it’s going to mean to you. And then it just gets taken away in an instant.”

New Jersey is one of 15 states with laws requiring insurers to cover fertility treatments. But the Krupas said their insurance company initially denied their coverage. That’s because under New Jersey law, women their age are considered infertile if they’re “not able… to conceive after two years of unprotected intercourse.”

“I talked to the financial coordinator and I told her that was discrimination. That wasn’t fair and she said that that was the law,” Marianne said. “I mean, I was furious, but it seemed like there was nothing we could do about it.”

Now, New Jersey Assemblywoman Pamela Lampitt is sponsoring a bill to update the language of the insurance mandate to allow it to apply to same-sex couples.

“I think that there’s a momentum in front of us, with all that’s going on in the country. And I think the momentum is the here and now to be able to move this forward,” Lampitt said.

“We had this goal and we’re not quitters, and we’re going to fight until it happens,” Erin said.

Meanwhile, the Krupas are pursuing change a different way -- with a lawyer. Along with another lesbian couple, they filed a federal lawsuit against the head of the New Jersey state agency that regulates insurance companies. The suit claims current New Jersey law “discriminates based on sex and sexual orientation.”

The lawsuit asks the court for an injunction to force a change to the state insurance mandate and also seeks unspecified damages for “mental anguish” and “pain and suffering.”

A spokesman for the agency told CBS News “the department does not comment on pending or ongoing litigation.”

The Krupas said they have accepted they might never have a biological child, but that they hope to make things easier for families down the road.

“We just want to help other people that are experiencing this,” Marianne said.

“It shouldn’t be this painful,” Erin said.

The Krupas’ insurance company did eventually cover some of their infertility treatments, even though the law didn’t require it. The company issued a statement to CBS News, saying it “supports a legislative review of the infertility mandate to clarify and simplify benefits for same sex couples.”