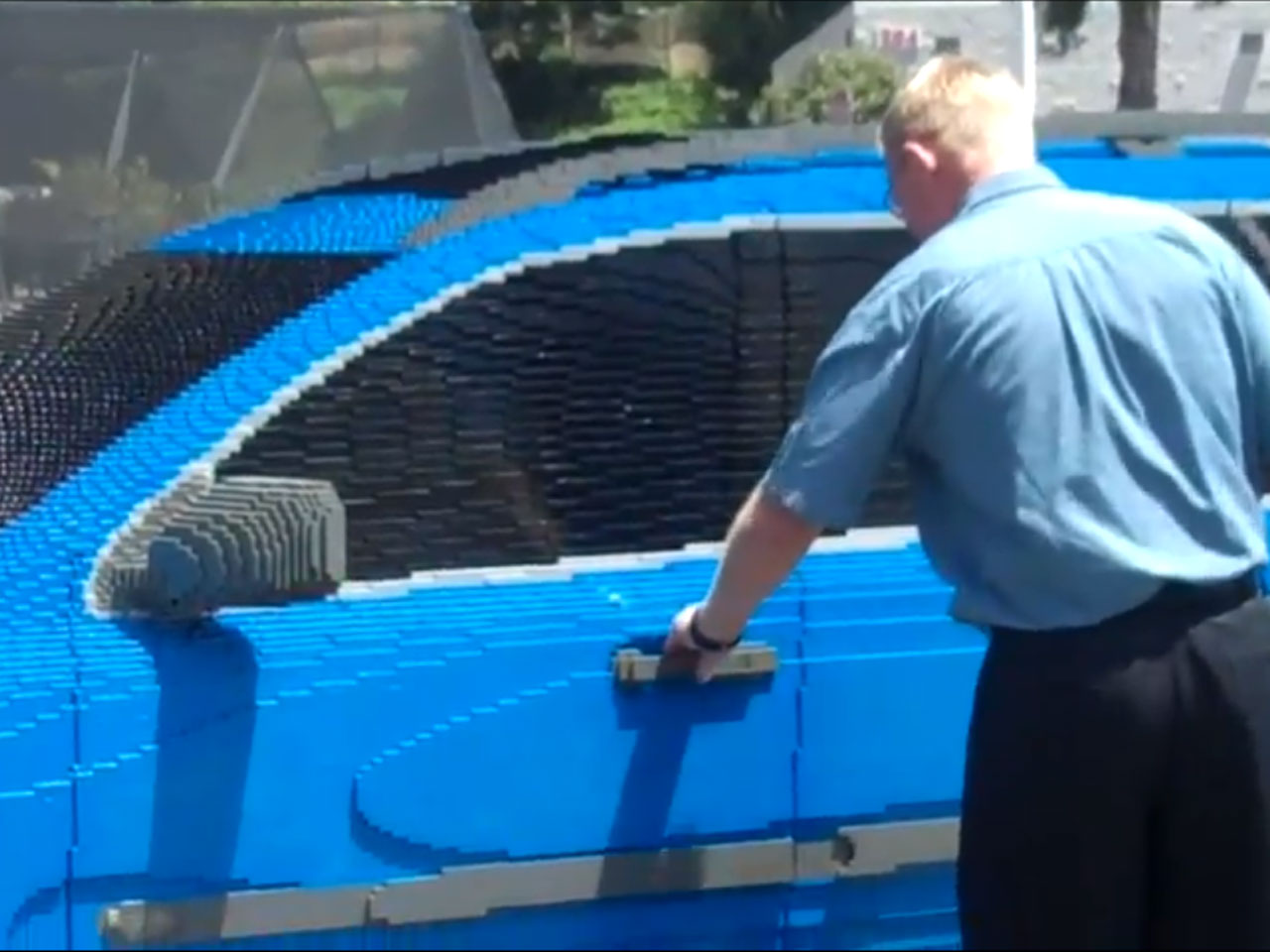 (CBS) - Legos! Were you going to guess Legos? You smart cookie.

Anyway, this is apparently how employees of Legoland California get their kicks: replacing their general manager's SUV with a life-sized Leo replica. Gotcha, boss!

The Lego replica of manager Peter Rochetti's Volvo XC60 was made of 201,076 Lego bricks and weighed 2,934 pounds according to the Los Angeles Times. The bossman seems pretty amused by the whole thing. Legoland spokesperson Beth Chee told the Times, "He thought it was very funny. We all got a good laugh out of it."

We're glad those Lego pranksters had a good time. But doesn't this seem that the sort of thing you could only get away with at Legoland? You never hear about the hilarious time fast food workers replaced their boss' car with Big Mac containers.