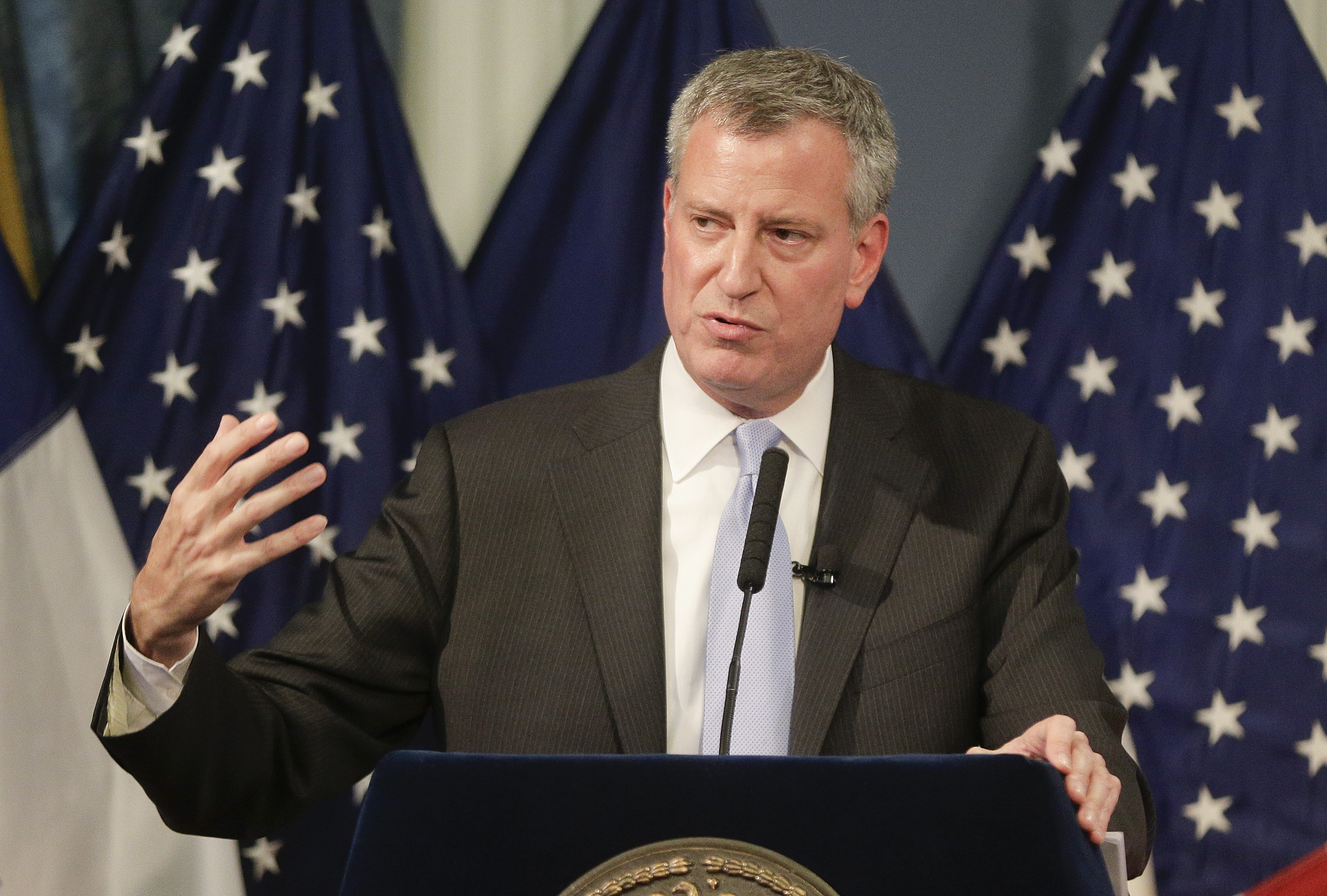 Since July 10, the city has identified 46 cases of Legionnaire's, all in the South Bronx neighborhood. Two people died.

Mayor Bill de Blasio announced Thursday that two rooftop cooling systems testified positive for Legionella bacteria at Lincoln Hospital and the Concourse Plaza apartment building. He said the decontamination process is underway at both sites, which should be completed by Friday afternoon.

The city is continuing to test other nearby buildings where there are water towers and cooling systems.

"There is no reason for alarm because the situation is being addressed, but it's good for everyone to understand this disease and be able to respond if they might have the symptoms or if anyone they know would," the mayor said.

Legionnaires' disease spreads through inhaling the mist of water contaminated with Legionella bacteria. It can usually be traced to places favorable to Legionella growth such as cooling towers, hot water tanks, whirlpool spas, hot tubs, humidifiers and condensers in large air conditioning systems.

City health commissioner Dr. Mary Bassett said the illness is not spread from one person to another, and there is no risk to drinking water.

"I want to make it clear that this is not about water towers and our drinking water," Bassett said. "There is no worry about our water supply. We are concerned about cooling towers, which release warm mist. The water supply in the South Bronx remains entirely safe."

Legionnaires' disease patients develop "a severe form of pneumonia," CBS News medical contributor Dr. Holly Phillips explained on "CBS This Morning." "You get it from breathing in aerosolized droplets in the air."

The Centers for Disease Control and Prevention says symptoms can include cough, shortness of breath, high fever, muscle aches and headache. A person can develop symptoms from 2 to 14 days after exposure to Legionella bacteria.

Bassett urged anyone experiencing symptoms to visit a doctor. The condition is treatable with antibiotics, she added.

The two people who died from the disease had other significant health problems, city officials said.

An estimated 8,000 to 18,000 people are hospitalized with Legionnaires' disease each year in the U.S., according to the CDC, and about 15 percent of cases are fatal.

"It's seasonal. It happens more in the summer and early fall, and that's because the bacteria live in water and prefer warm water," Phillips said.

There have been more than 100 cases reported in New York City so far this year.