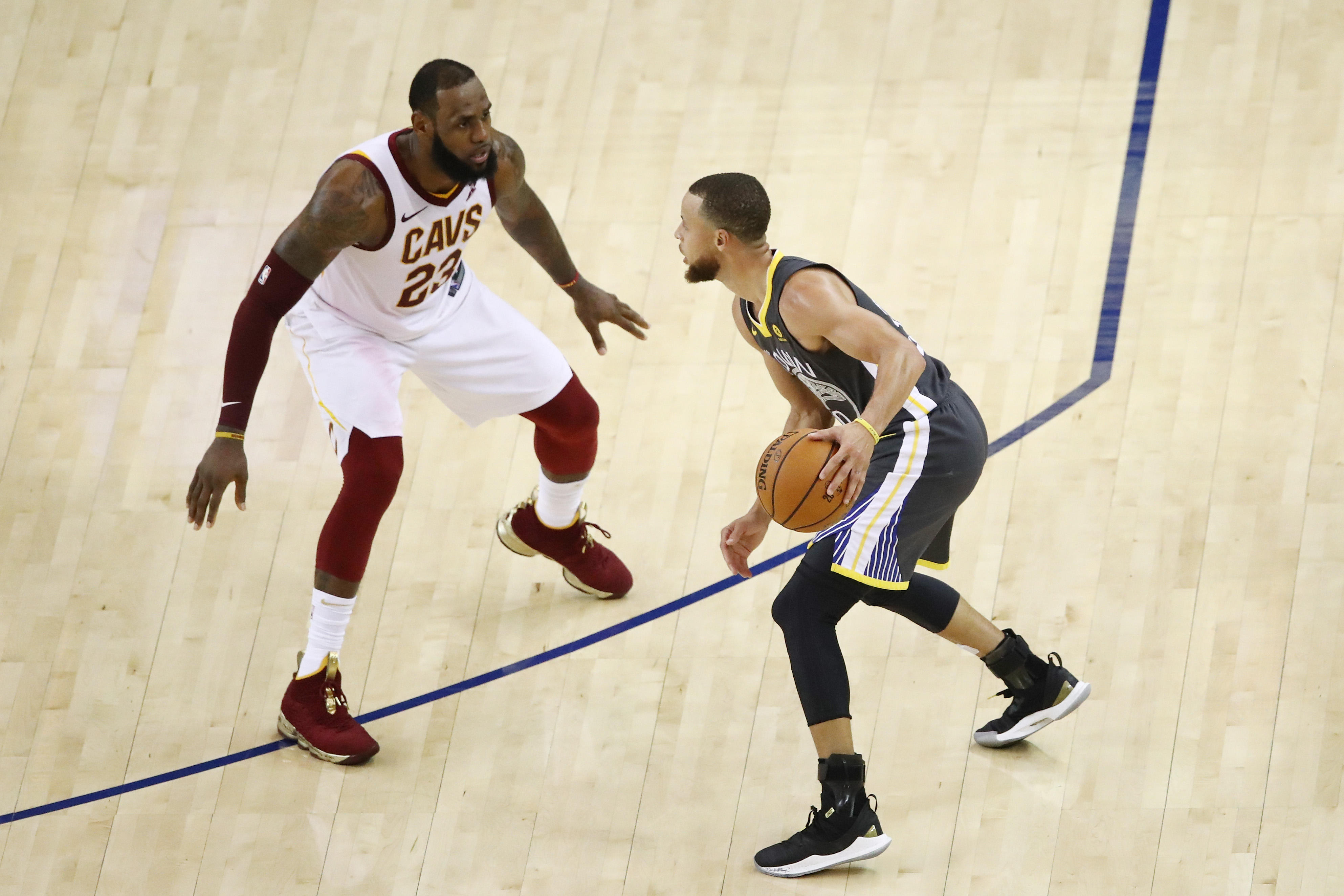 NBA stars LeBron James and Stephen Curry came out in defense of the Super Bowl champion Philadelphia Eagles Tuesday after President Trump rescinded an invitation to the White House. The president called off a visit by the Eagles after what he said was a disagreement on standing during the national anthem, despite the fact that no Eagles kneeled during the anthem last season.

James, whose Cleveland Cavaliers are trailing the Golden State Warriors 2-0 in the NBA Finals, said neither team would be interested in attending if they win a championship this year -- or as long as Mr. Trump is in office.

"It's typical of him, I'm not surprised," he said at press conference in Cleveland ahead of Wednesday's Game 3. "I know no matter who wins this series, no one wants the invite anyway. It won't be Golden State or Cleveland going."

"Let's not let someone uninviting you to their house take away from that moment, because I think the championship ... is way bigger than being invited to the White House, especially with him in there, in my opinion," he said.

"I agree with 'Bron," he said. "Pretty sure the way we handled things last year, we'd stay consistent with that. At the end of the day, every team has an opportunity to make for themselves and speak for themselves -- and that's powerful being in that situation."

Last year, Curry and his teammates decided not to go the White House to celebrate their victory in the Finals -- before Mr. Trump disinvited them. James had a noteworthy response, calling the president a "bum" on Twitter.

"U bum @StephenCurry30 already said he ain't going! So therefore ain't no invite. Going to White House was a great honor until you showed up!" James tweeted.

As for the Eagles, several players discussed skipping the White House ceremony before and after the Super Bowl in February. A source close to the players told CBS News that fewer than 10 players committed to attending the White House event.

White House press secretary Sarah Huckabee Sanders addressed the controversy on Tuesday when a reporter brought up the fact that none of the Eagles took a knee during the anthem in the 2017-2018 season.

Sanders then claimed the Eagles were pulling a "political stunt" when asked if the dispute was more about the national anthem.