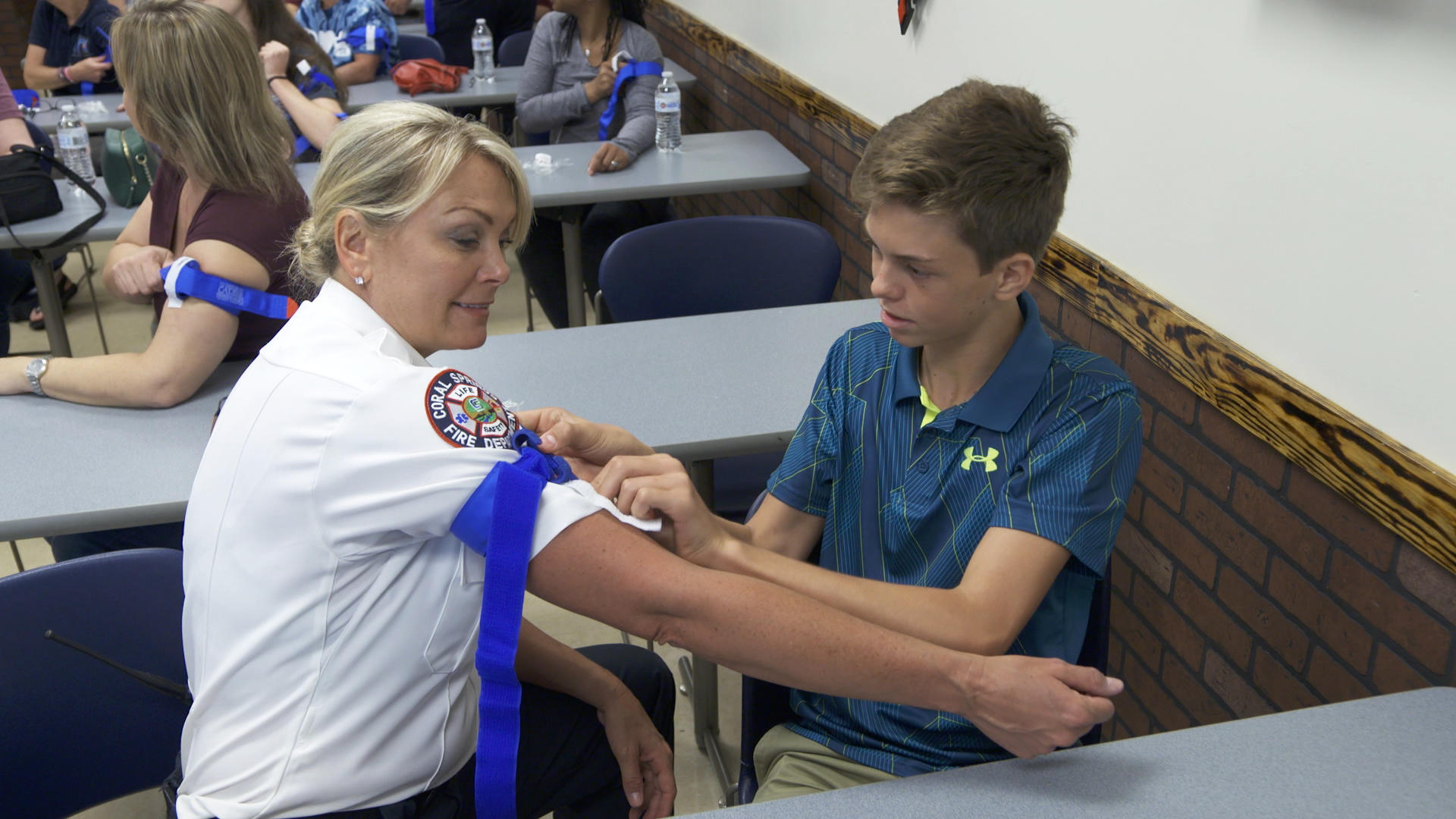 A Pittsburgh synagogue, a Boulder supermarket, a Florida high school, a Texas church, a Las Vegas concert, a Connecticut elementary school. These are the locations of some of the deadliest mass shootings in America in recent history, and they all have something in common: The style of weapon used at each horrific scene was the AR-15 semiautomatic rifle.

This week on 60 Minutes, correspondent Scott Pelley reports on what the weapon does to the human body, why it's different from the wounds created by a handgun—injury from an AR-15 style rifle round is potentially lethal.

But most emergency rooms haven't had to treat victims who've been shot with an AR-15 style rifle.

"It is a whole different kind of injury," 60 Minutes producer Ashley Velie tells 60 Minutes Overtime in the video above. "When you're hit with an AR-15 bullet, most people die fairly quickly from bleeding out."

On the broadcast, Pelley speaks with Cynthia Bir, a professor of research surgery at the University of Southern California. Bir also compared the damage done by the two types of bullets in her ballistics lab, where she uses state-of-the-art FBI issued gelatin blocs to represent human soft tissues.

In Florida, Broward County Medical Director Dr. Peter Antevy holds "Stop the Bleed" classes. He teaches basic techniques of bleeding control, including applying a tourniquet, packing a wound with gauze, and holding pressure over a wound. He's even given his 12-year-old son a bleeding kit—a package that includes items like tourniquets, gauze, and a chest seal—and taught him how to use it.

"We have to have the general public understand that they are the first line of defense," Antevy says. "And every city, every community in this country needs to roll out those bleeding kits, or these active killer kits… And every child has to learn how to do it."

The "Stop the Bleed" campaign is an initiative of the American College of Surgeons, the Committee on Trauma, and the Hartford Consensus and has trained over 1.5 million people worldwide. You can learn more about it and purchase a bleeding control kit at BleedingControl.org

The video above was originally published on November 4, 2018 and was produced by Ann Silvio and Lisa Orlando. It was edited by Lisa Orlando.