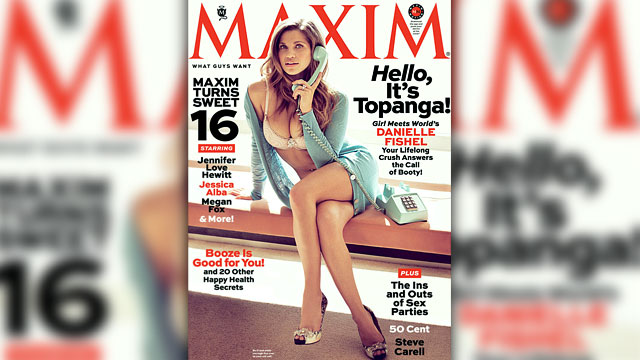 NEW YORK -- A lawyer was convicted of fraud in an alleged scheme to help a con man borrow millions of dollars for a bid to buy Maxim magazine.

A jury found attorney Harvey Newkirk guilty of one count of wire fraud Monday but acquitted him on conspiracy and identity theft counts. The mixed verdict was reached following a trial in federal court in Manhattan.

Newkirk, 39, was arrested earlier this year after Calvin Darden Jr. pleaded guilty to charges he used his prominent father's name to lure lenders into providing backing to buy Maxim, a men's lifestyle magazine known for its photos of scantily clad female models, singers and actresses.

Calvin Darden Sr. is a board member at Coca-Cola Enterprises Inc. and Target Corp. and a former senior vice president for operations at UPS Inc.

Prosecutors alleged that Newkirk helped Calvin Darden Jr. provide fake bank account statements and emails to lenders to borrow more than $8 million and that they were attempting to secure another $20 million when the scheme unraveled.

At trial, Darden Jr. testified for the government that Newkirk helped him forge documents that falsely claimed his father would provide collateral.

The defense argued that it was actually Newkirk who was duped by Darden and that the lawyer was in the dark about the fraud.

The deal never went through and the magazine was sold to another buyer. Newkirk's sentencing was set for April 14.