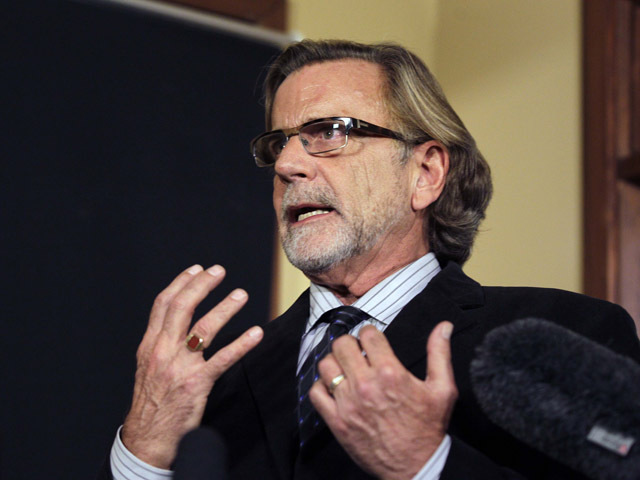 (CBS/AP) SEATTLE - The U.S. soldier accused of slaughtering 16 Afghan villagers last weekend had been reluctant to leave on his fourth deployment and had been staying in a camp where someone was severely wounded the day before the shooting, a Seattle lawyer said Thursday.

"We have been informed that at this small base that he was at, somebody was gravely injured the day before the alleged incident -- gravely injured, and that affected all of the soldiers," said the lawyer, John Henry Browne.

Browne declined to release his client's name, citing concerns for the soldier's family, which is under protection on Joint Base Lewis-McChord, near Tacoma. But he did say that the soldier had previously been injured twice, and he and his family thought he was done fighting.

He told reporters that he's met with the wife and other family members of the 38-year-old staff sergeant.

"They were totally shocked," he said. "He's never said anything antagonistic about Muslims. He's in general very mild-mannered."

Browne said he knew little of the facts of the shooting, but disputed reports that a combination of alcohol, stress and domestic issues caused him to snap. He said the family said they were unaware of any drinking problem, and described the couple's marriage as "fabulous."

Earlier, CBS News had confirmed that Browne, whose clients have included serial killer Ted Bundy and "Barefoot Bandit" Colton Harris Moore, was employed by the suspect's family to serve as an attorney for the suspect.

The attorney has spoken with the suspect and his current military attorneys by telephone, CBS News has learned. The suspect may be moved to the U.S. from Kuwait, though no decision has been made. If that is not possible, then Browne will travel to Kuwait as early as next week.

The suspect requested Browne by name; It was unclear whether he was familiar with Browne from television coverage of the "Barefoot Bandit" case or elsewhere. The suspect in not from Washington state.

The soldier deployed in December. A congressional source, speaking on the condition of anonymity due to the sensitivity of the information, told The Associated Press that he was with the 2nd Battalion, 3rd Infantry Regiment of the 3rd Stryker Brigade Combat Team before being assigned to a village stability operation near the villages where the attack took place.

A U.S. military official said on Wednesday that the soldier has been flown out of Afghanistan to Kuwait. CBS News correspondent David Martin reports that Defense Department spokesman Capt. John Kirby said the suspect was moved because "we do not have an appropriate detention facility in Afghanistan" and that the move was made on the legal recommendation of the command's lawyer.

The suspect's removal Wednesday came hours after surveillance video was released showing him walking up to his base, laying down his weapon and raising his arms in surrender, according to an Afghan official who viewed the footage.

The official said Wednesday there were also two to three hours of video footage covering the time of the attack that Afghan investigators are trying to get from the U.S. military. He spoke on condition of anonymity because of the sensitivity of the issue.

U.S. authorities showed their Afghan counterparts the video of the surrender to prove that only one perpetrator was involved in Sunday's shootings, the official said. The shootings, which killed nine children among the 16 dead, has further strained already shaky relations between the U.S. and Afghanistan.