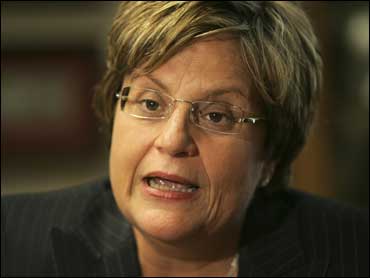 Can't get enough of your local congressman on C-SPAN, C-SPAN2 or C-SPAN3? Now you can get 24/7 access to your representative through most cable providers.

Four House members started airing prerecorded videos this week through MiCongress On Demand, which they say lets them reach out to constituents with the same cable on-demand services people use to catch TV reruns and movies.

Rep. Jim Moran, D-Va., was the first out of the gate, paying roughly $2,000 a month from his taxpayer-funded office account to a company called iConstituent, which specializes in helping congressmen communicate with their constituents.

A three-minute video titled "Who is Congressman Jim Moran?" features the congressman walking the streets of Old Town Alexandria, recalling how he fainted the first times he tried to engage in public speaking.

He says that when he was elected to Congress, "I saw that things were not as I had been taught. There was a lot of injustice in the world. ... I became something of an activist." Other videos focus on specific issues, and just feature the congressman speaking directly to a camera.

Moran spokeswoman Emily Blout said the congressman represents a district with many young people, and a lot of people who are new arrivals, and the on-demand channel allows him to reach out in new ways.

"This is just another means of constituent relations, relatively low cost and it can be accessed 24/7," Blout said, noting that a single mass mailing for a newsletter to an entire district can cost as much as $120,000.

iConstituent says more than 830,000 homes in the Washington, D.C., area that includes Moran's district can watch and listen to his on-demand channel. However, Moran will be competing for eyeballs with popular series reruns, made-for-TV movies, and local police department most-wanted and cold-case public service announcements.

Stuart Shapiro, president of iConstituent, said MiCongress on Demand has the potential to change how the public views Congress.

"The general sense of negativity that Congress is getting is, I believe, unwarranted and unfair. I believe with MiCongress we can show members in a new light, how hard they work for their constituents regardless of party. ... MiCongress can help develop a newfound appreciation of our members of Congress," Shapiro said.

Shapiro said the content must adhere to the same rules as taxpayer-funded mailings in terms of being nonpartisan and issues-based, rather than political in nature. But the video-on-demand service is not required to go dark in an election season, as is required of congressional mailings in the three months before an election.

Shapiro said the rates cable providers charge members of Congress for the on-demand channels are fair, and that cable providers are not providing a discount to curry favor as an industry.

In addition to Moran, iConstituent has signed up Reps. Donna Edwards, D-Md.; Heath Shuler, D-N.C.; Solomon Ortiz, D-Texas; and Ileana Ros-Lehtinen, R-Fla., whose channel will be up shortly. Shapiro is confident that others from both parties will follow suit.

Members will be able to measure exactly how many constituents watch their programming to know if their outreach is working, Shapiro said.

Mary Boyle, a spokeswoman for the government watchdog group Common Cause, said the content needs to be monitored to ensure it's not overtly political. But she said the channels can be a novel way for members of Congress to communicate with constituents, an important part of their job.

"This seems to be nothing more than a 21st-century way of ... getting around the congressional rules" that prohibit taxpayer-funded mass mailings before an election, said Mike Lane, Murray's press secretary.

Of some consolation, Lane said, is his suspicion that the Jim Moran micro-channel won't be the most popular thing on cable.