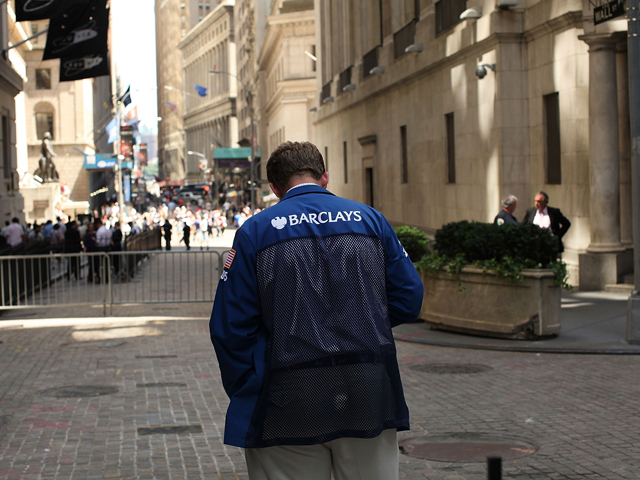 The chairman of a House Financial Services oversight subcommittee has asked the Federal Reserve Bank of New York to provide transcripts of discussions between Fed officials and the British bank Barclays (BARC) regarding the setting of interest rates from September 2007 to November 2009. The New York Fed said it would comply with the request.

Meanwhile, Senate Banking Committee Chairman Tim Johnson said Tuesday that he is also concerned about the allegations and has asked staffers to begin gathering information.

Barclays has been fined $453 million by U.S. and British authorities for supplying false data which went into calculations of the London interbank offered rate, LIBOR, a key global interest rate.

In a statement, Johnson, a Democrat from South Dakota, said that he had asked the staff of the Senate panel to meet with relevant parties to gather information.

He said he was asking Federal Reserve Chairman Ben Bernanke and Treasury Secretary Timothy Geithner to be prepared to answer questions about LIBOR when they appear before his committee at hearings later this month.

"I am concerned by the growing allegations of potential widespread manipulation of LIBOR and similar interbank rates by some financial firms," Johnson said. "It is important that we understand how any manipulation may impact American consumers and the U.S. financial system."

The House request for information was made by Rep. Randy Neugebauer, a Texas Republican, and chairman of the House panel's subcommittee on oversight and investigations.

Neugebauer's letter cited testimony last week before a committee of the British House of Commons by Robert E. Diamond, who resigned last week as chief executive of Barclays.

"Some news reports indicate that although Barclays raised concerns multiple times with American and British authorities about discrepancies over how LIBOR was set, the bank was not told to stop the practice of suppressing rates," Neugebauer said in his letter to William Dudley, president of the New York Fed.

Officials at the New York Fed confirmed that they had received the letter from the House subcommittee and said they would comply with the request for information by the Friday deadline.

In a statement, the New York Fed said, "In the context of our market monitoring following the onset of the financial crisis in late 2007, involving thousands of calls and e-mails with market participants over a period of many months, we received occasional anecdotal reports from Barclays of problems with LIBOR."

The statement said that in the spring of 2008 following the failure of Bear Stearns, officials at the New York Fed "made further inquiry of Barclays as to how LIBOR submissions were being conducted. We subsequently shared analysis and suggestions for reform of LIBOR with the relevant authorities in the UK."