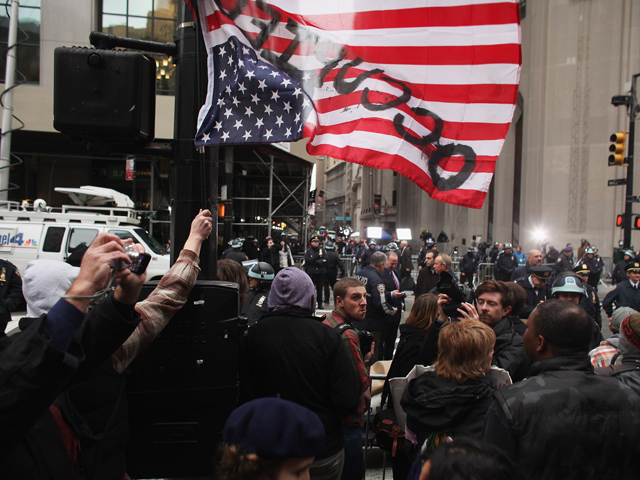 According to the New York Daily News, the protesters arrived around midnight at Foley Square in Lower Manhattan after learning the show was shooting an episode with an "Occupy" theme. Protesters found out via Twitter that the TV crew had replicated the Occupy movement's former camp.

A board at the site read: "Please be advised that the TV show, Law & Order: Special Victims Unit will be preparing this area of the park for a scene to be filmed in the morning hours on Friday, December 9th. All items in park will be removed immediately upon completion of filming," according to protester Tim Weldon, reports MSNBC.com.

About 100 police officers appeared as the protesters roamed around the park, inspecting tents and signs built by the production company.

Then around midnight, a police officer with a bullhorn announced that the city had rescinded the film permit, which drew cheers from the crowd.

Protester Drew Hornbein, 24, told the Daily News the movement is "not part of corporate TV America."

"We made it so that they could not exploit us and that's awesome," added Tammy Schapiro, 29, of Brooklyn.

Tell us: Do you agree with the protesters?