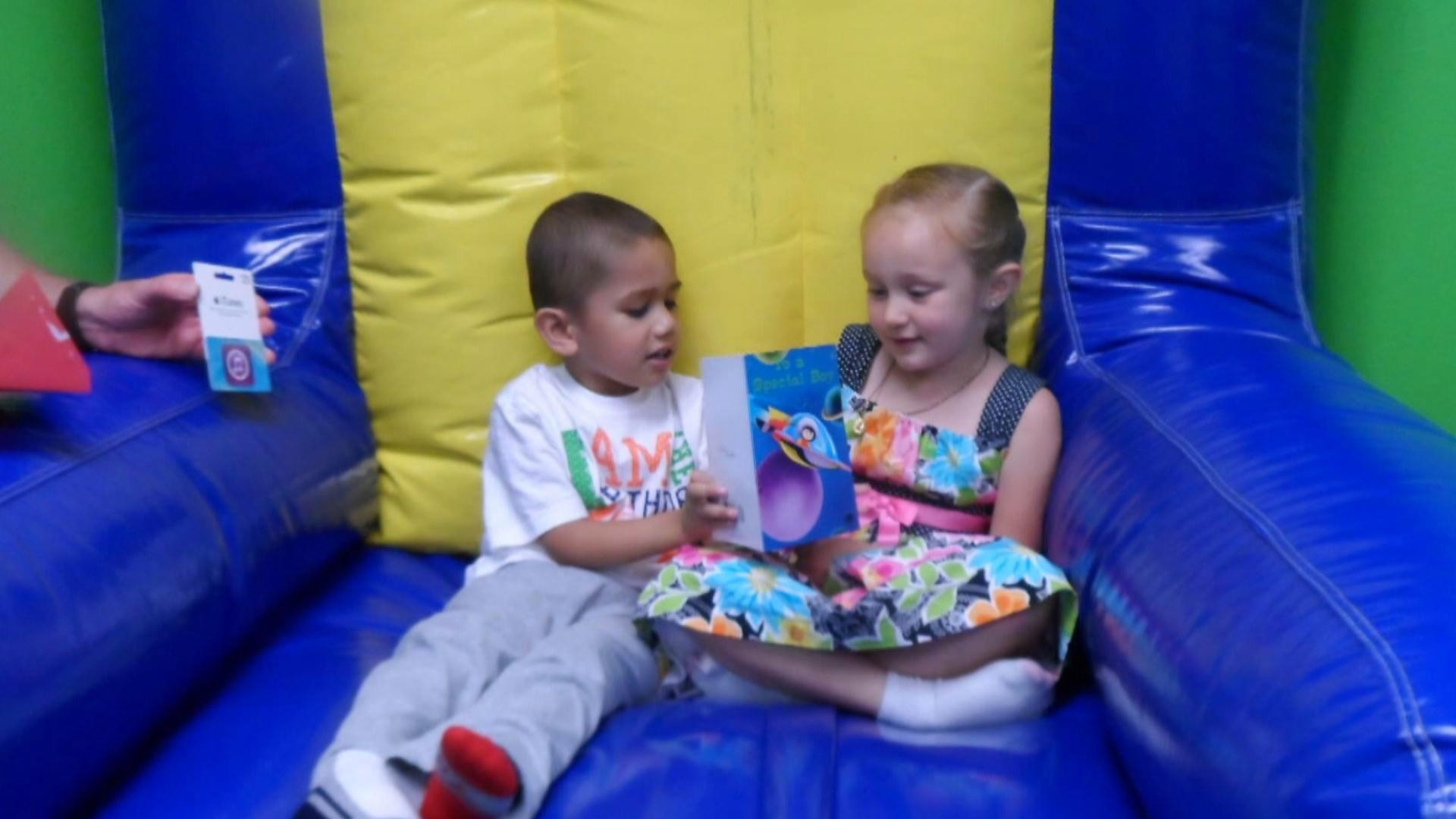 Some military families believe oil tanks below military housing in South Carolina are causing cancer in their children. They say at least 15 children who lived on or near the Laurel Bay military housing community are sick with cancer.

The Marine Corps is studying potential contamination and the tanks have since been removed.

Laurel Bay is made up of more than 1,000 homes near the Marine Corps Air Station and Parris Island bases. Some families who lived here are now asking whether there’s a relationship between where they lived and their child’s cancer, including one woman who took to the internet to alert others, reports CBS New correspondent Anna Werner.

Amanda Whatley’s personal story has been viewed nearly 50,000 times on YouTube, describing how she nearly lost her daughter to leukemia.

“So this is our daughter Katie. She was six years old when this picture was taken,” Whatley explained in the video. “We are fairly confident that had we not taken her to the emergency room that night, that she would have died in her sleep.”

But hers wasn’t the only case. Three years earlier, the four-year-old son of a friend, Melany Stawnyczyj also was diagnosed with leukemia. Both families had lived in Beaufort, South Carolina in the vicinity of the Laurel Bay military housing complex. Their children were born less than two months apart.

“What a coincidence it was for both of us who were pregnant at the same time,” Stawnyczyj said. “Our husbands were stationed in Parris Island at the same time. We had lived in the same area.”

So the two mothers did some research and soon learned there had been environmental contamination. Some tanks buried near those Laurel Bay homes, used for heating oil, had leaked.

Online, the Marine Corps said when it started removing the tanks in 2007, it found “some petroleum product had escaped.” The corps says it has taken steps to clean up the sites and that its soil gas tests so far are “within acceptable limits.”

But Whatley and Stawnyczyj fear a known carcinogen in heating oil, benzene, which can cause leukemia, may have made their children sick. They said 11 other families who lived near the base also have children with cancer.

CBS News reached eight of those families, and five confirmed their children were diagnosed with leukemia. Pediatric oncologist Dr. Beng Fuh treated Stawnyczyj’s son, Roman. He said exposure to benzene can increase the risk of cancer.

“In recent years there is accumulating evidence that it can also increase a risk of leukemia in children,” Fuh said.

The Marine Corps is now doing a study of potential health hazards at the base and at military housing and said: “Our goal is to remain as transparent as possible throughout the process.”

Whatley and Stawnyczyj said they support the military’s efforts, but believe that study is taking too long.

“I could not in good conscience stand back knowing that other children are being diagnosed,” Stawnyczyj said. “Our husbands have sacrificed years of their life serving our country. At the minimum they should feel safe to leave their families in homes that are safe.”

The Marine Corps base commander here said if he learns of any cancer link, he will inform residents and take immediate action. Town hall meetings are scheduled for Tuesday night and Wednesday.

As for Stawnyczyj’s son, Roman, he has been in remission for over a year. Whatley’s daughter, Katie, had a bone marrow transplant and is hanging in there.