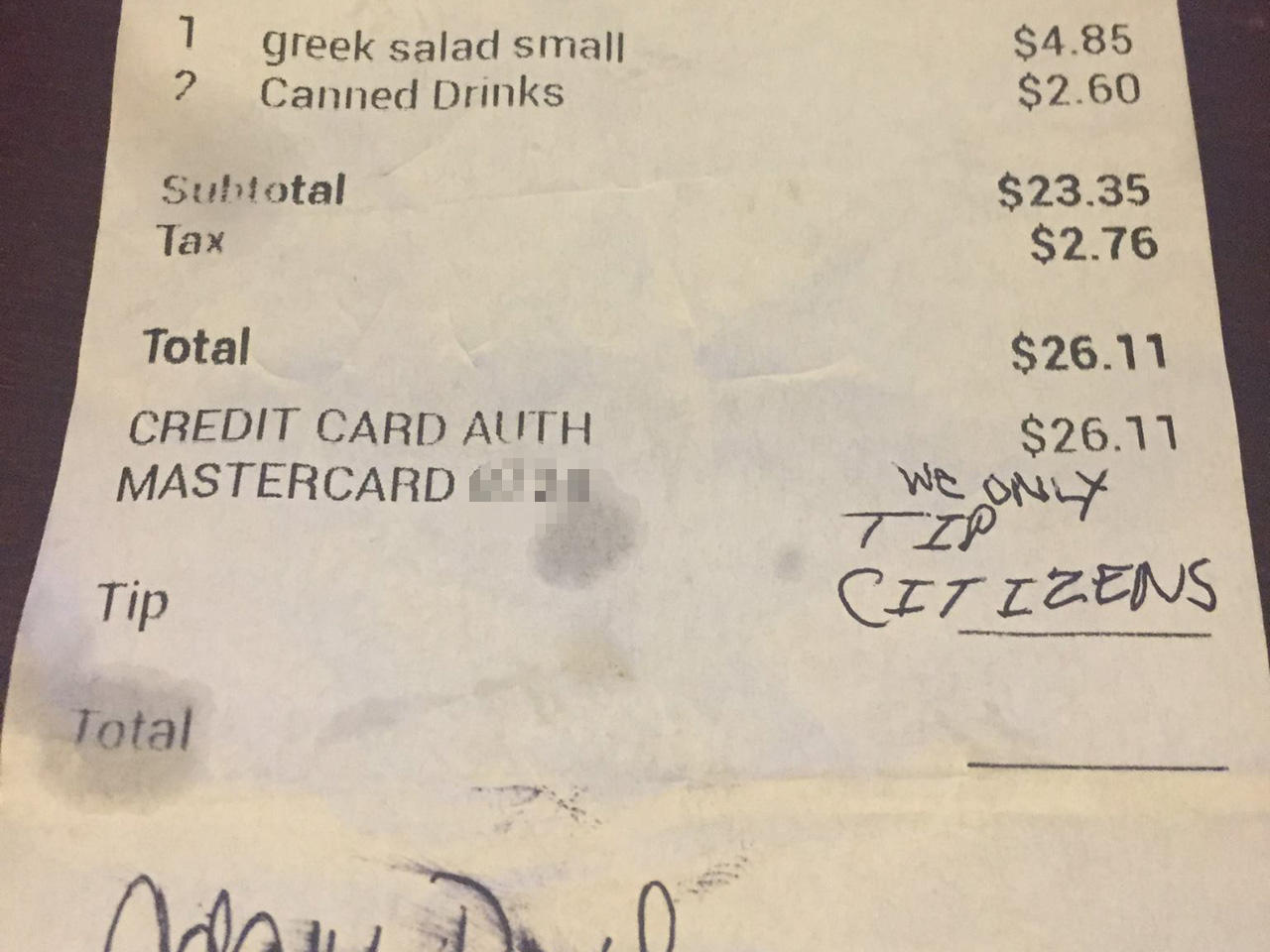 HARRISONBURG, Virginia - An 18-year-old waitress working the lunch shift at a Virginia restaurant was left with a racist message instead of a cash tip recently, and her grandfather started a social media firestorm that shamed the customers, according to reports.

Sadie Elledge was working at Jess’ Lunch in downtown Harrisonburg when she got a reciept that said “We only tip citizens” where a tip amount should have been written, reports CBS affiliate WUSA-TV.

The girl’s grandfather, John Elledge, took a photo and posted it to Facebook along with some choice words calling the couple “a total piece of dung.”

Sadie was born in the United States, thus making her an American citizen since birth. She is of Honduran and Mexican descent, the Washington Post reported.

After the story began to go viral online, John Elledge outed the restaurant where the incident took place at the encouraging of the restaurant’s manager. He also ended up posting to Facebook the identity of one of the two people involved.

The Post reports the offending couple who left the “tip” eventually caught wind of it, and stormed back into the restaurant.

The man “was yelling and screaming about the four digits [of the credit card],” Tom Marchese, the manager at Jess’ Lunch told the Post. “I said it’s not even your card. Are you really concerned about that or are you more concerned about what was put on social media? He said, ‘Well, both.’ ”

“I told him why is he even yelling at me; he should go to the person that did it,” Marchese said.

John Elledge caught wind of the confrontation, and returned to the restaurant to take part and meet the couple face to face, the Post reports.

“We didn’t talk much,” Elledge told The Post. The female in the couple “was mad that I posted it…. The guy, he was being really belligerent.”

” … She was asking me why I posted it,” Elledge said. “I said obviously, it was an insult — your signature against my granddaughter — darn right I’m going to post it. And no apologies.”