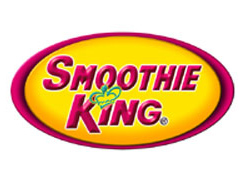 Smoothie King currently has more than 600 units operating in 32 states, the Caymans and the Republic of Korea.

The purchase price was not disclosed in a news release on Monday.

Buyer SK USA Inc. is headed by Chief Executive Officer Wan Kim, a Boston University graduate who was introduced to Smoothie King while earning his MBA at the University of California, SK USA said in a statement Monday.

"Smoothie King maintains potential for tremendous growth both here in the U.S. as well as in International markets," Wan said in a statement.

Steve and Cindy Kuhnau opened the first Smoothie King location in 1973. Mr. Kuhnau is expected to stay with the company, and represent the brand domestically and internationally as Smoothie King's original founder, SK USA said in a statement.