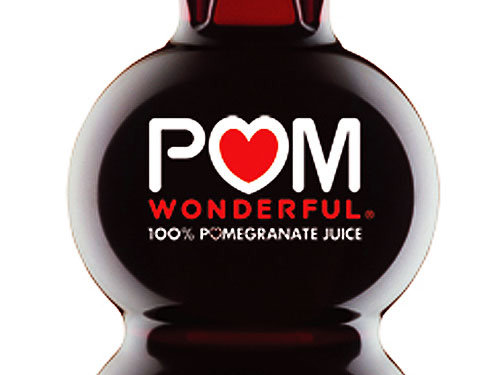 Chief Administrative Law Judge Michael Chappell sided with federal regulators and ordered POM to halt all claims of health benefits and performance for its beverage. Expert witnesses testified in court that scientific evidence does not support claims made in company advertising, which appeared in national newspapers, magazines and online.

The Federal Trade Commission filed a complaint against POM and its parent company, Los Angeles-based Roll International Corp., in September 2010. The company's health claims are a hallmark of its advertising and are seen as working to convince consumers that they are worth a premium price.

POM Wonderful is credited with having started the pomegranate craze that has spread to everything from smoothies to salad dressings.

Chappell did not completely agree with FTC's complaint, rejecting an argument that the company should have to provide evidence from rigorous medical trials- the same standard required of pharmaceutical companies. Instead, the judge said the company could provide "competent reliable scientific evidence."

Los Angeles-based POM Wonderful said in a statement, "We consider this not only to be a huge win for us, but for the natural food products industry."

The judge's ruling becomes final after 30 days, unless the company appeals. POM said it is "continuing to review the ruling," but did not indicate plans to appeal.