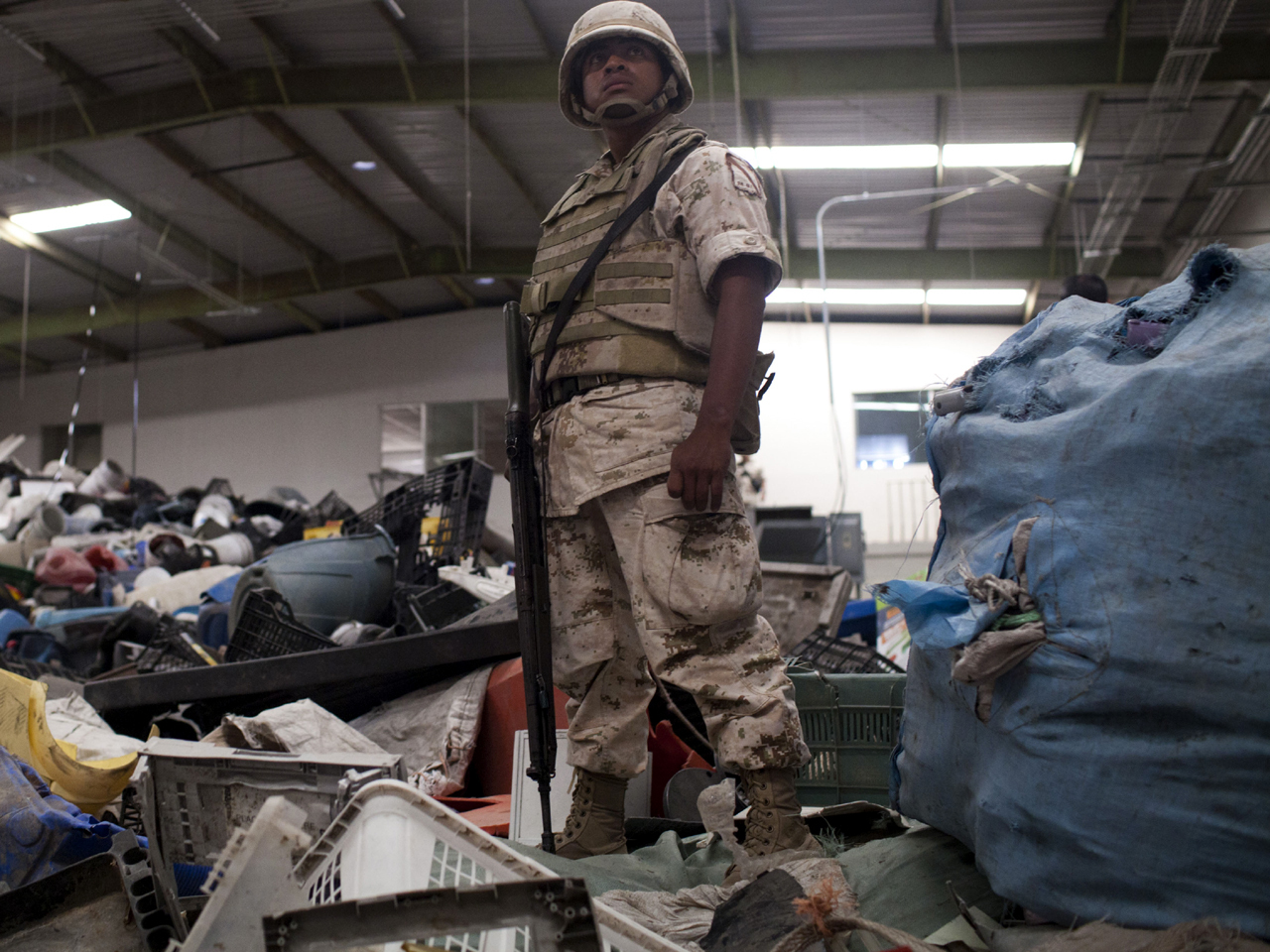 (AP) TIJUANA, Mexico - Three drug smuggling tunnels equipped with lighting and ventilation — including one with a railcar system — have been discovered along the U.S.-Mexico border in less than a week, the latest signs that cartels are building sophisticated passages to escape heightened detection above ground.

Two of the tunnels were incomplete, including one that the Mexican army found in a Tijuana warehouse Thursday with more than 40 tons of marijuana at the entry. The passage extended nearly 400 yards, including more than 100 yards into the United States.

Soldiers found the Tijuana warehouse with four moving trucks full of marijuana, a trailer full of dirt, pickaxes, wheelbarrows, drills and other excavation equipment. The tunnel was equipped with a railcar system.

It was the second, major incomplete tunnel discovered in the San Diego-Tijuana area in two days and the third along the U.S.-Mexico border since Saturday, when a completed passage was found in a vacant strip mall storefront in the southwestern Arizona city of San Luis.

The 240-yard tunnel in Arizona showed a level of sophistication not typically associated with other crude smuggling passageways that tie into storm drains in the state.

"When you see what is there and the way they designed it, it wasn't something that your average miner could put together," said Douglas Coleman, special agent in charge of the Phoenix division of the Drug Enforcement Administration. "You would need someone with some engineering expertise to put something together like this."

As Thursday's massive pot seizure in Tijuana demonstrates, tunnels have become an increasingly common way to smuggle enormous loads of heroin, marijuana and other drugs into the country. More than 70 passages have been found on the border since October 2008, surpassing the number of discoveries in the previous six years.

More than 150 secret tunnels have been found along the border since 1990, the vast majority of them incomplete, according to U.S. Immigration and Customs Enforcement. Raids last November on two tunnels linking San Diego and Tijuana netted a combined 52 tons of marijuana on both sides of the border.

The latest Arizona tunnel was discovered after state police pulled over a man who had 39 pounds of methamphetamine in his vehicle and mentioned the strip mall.

The tunnel was found beneath a water tank in a storage room and stretched across the border to an ice-plant business in the Mexican city of San Luis Rio Colorado. It was reinforced with four-by-six beams and lined with plywood.

Investigators believe the tunnel wasn't in operation for long because there was little wear on its floor, and 55-gallon drums containing extracted dirt hadn't been removed from the property.

Coleman said investigators can't yet say for sure if the tunnel, estimated to cost $1.5 million to build, was operated by the powerful Sinaloa cartel. Still, authorities suspect cartel involvement because the group from Sinaloa controls smuggling routes into Arizona.

"Another cartel wasn't going to roll into that area and put down that kind of money in Sinaloa territory," Coleman said. "Nobody is going to construct this tunnel without significant cartel leadership knowing what's going on."

On Wednesday, the Mexican army found an incomplete tunnel in Tijuana estimated to be more than 150 yards long, beginning inside a building that advertised as a recycling plant.

The Mexican army said two tractor-trailers were found inside the building, along with shovels, drills, pickaxes, buckets and other excavation tools. The walls were lined with dirt and wide enough for one person to get through comfortably.

It takes six months to a year to build a tunnel, authorities say. Workers use shovels and pickaxes to slowly dig through the soil, sleeping in buildings where the tunnels begin until the job is done. Sometimes they use pneumatic tools.

The tunnels are concentrated along the border in California and Arizona. San Diego is popular because its clay-like soil is easy to dig. In Nogales, Ariz., smugglers tap into vast underground drainage canals.

San Diego's Otay Mesa area has the added draw that there are plenty of nondescript warehouses on both sides of the border to conceal trucks getting loaded with drugs. Its streets hum with semitrailers by day and fall silent on nights and weekends.