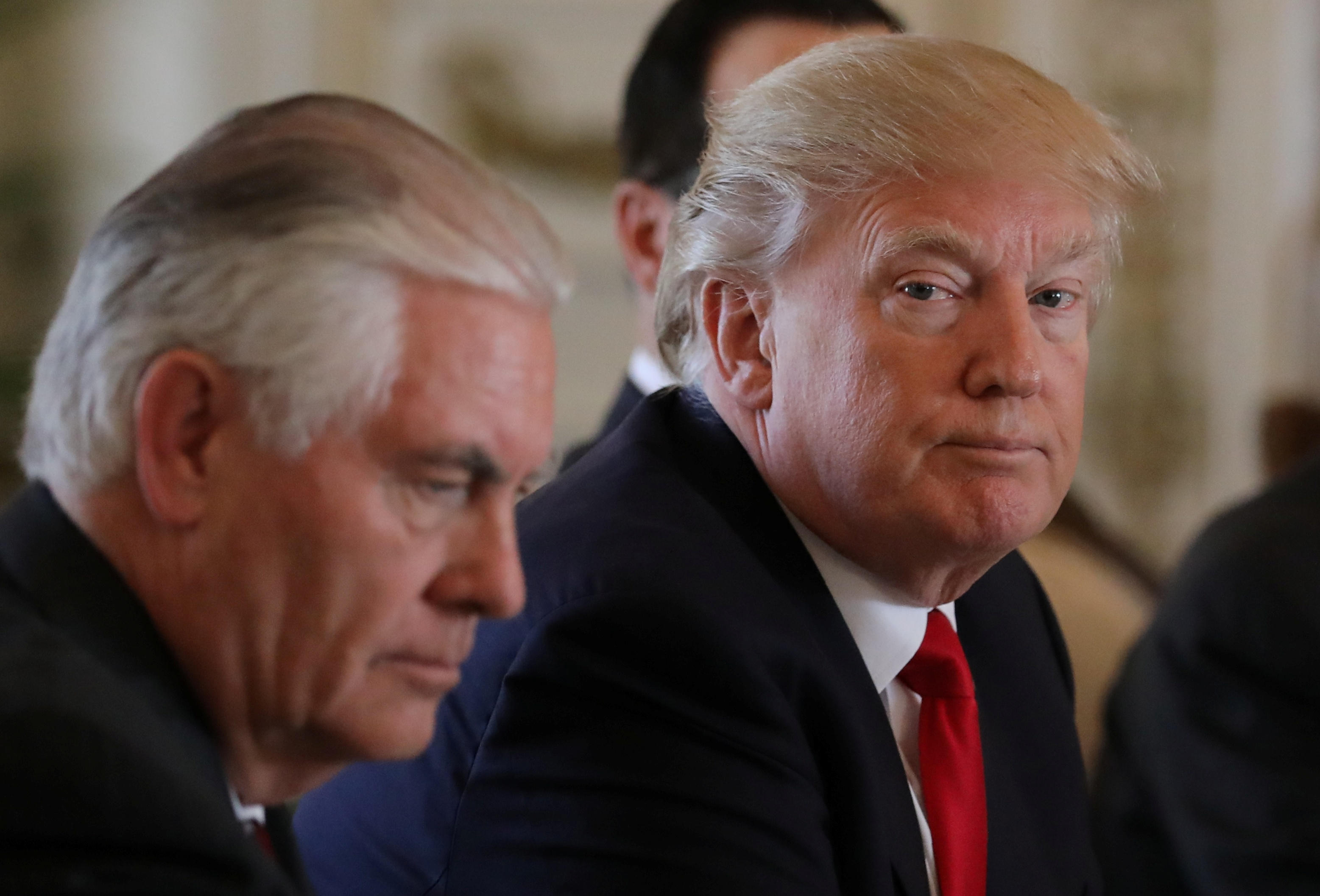 President Donald Trump said North Korea “is looking for trouble” Tuesday, warning China that the U.S. “will solve the problem without them” if China doesn’t pressure the North over its nuclear weapon program.

Tillerson in Italy and Moscow

Pennsylvania congressman to be named drug czar by Trump

CBS News releases new poll on U.S. action in Syria by President Trump. Fifty-seven percent of Americans approve of the airstrike against Syrian military targets -- calling immoral the Syrian regime’s use of chemical weapons that led to the strike -- but most are leery of any military involvement beyond airstrikes, a CBS News poll shows.

President Trump on the third day of his presidency said, “It’s a team. It’s a great team. It’s a team that gets along,” referring to his advisers. Now, nearly three months in, that team is showing signs of decay.

In remarks before Justice Anthony Kennedy administered the judicial oath to Gorsuch, Mr. Trump nodded to the idea some hold that “the most important thing a president does is appoint great people to the Supreme Court,” adding, “And I got it done in the first 100 days.”

What happened to Russia’s agreement to eradicate Syria’s chemical weapons?