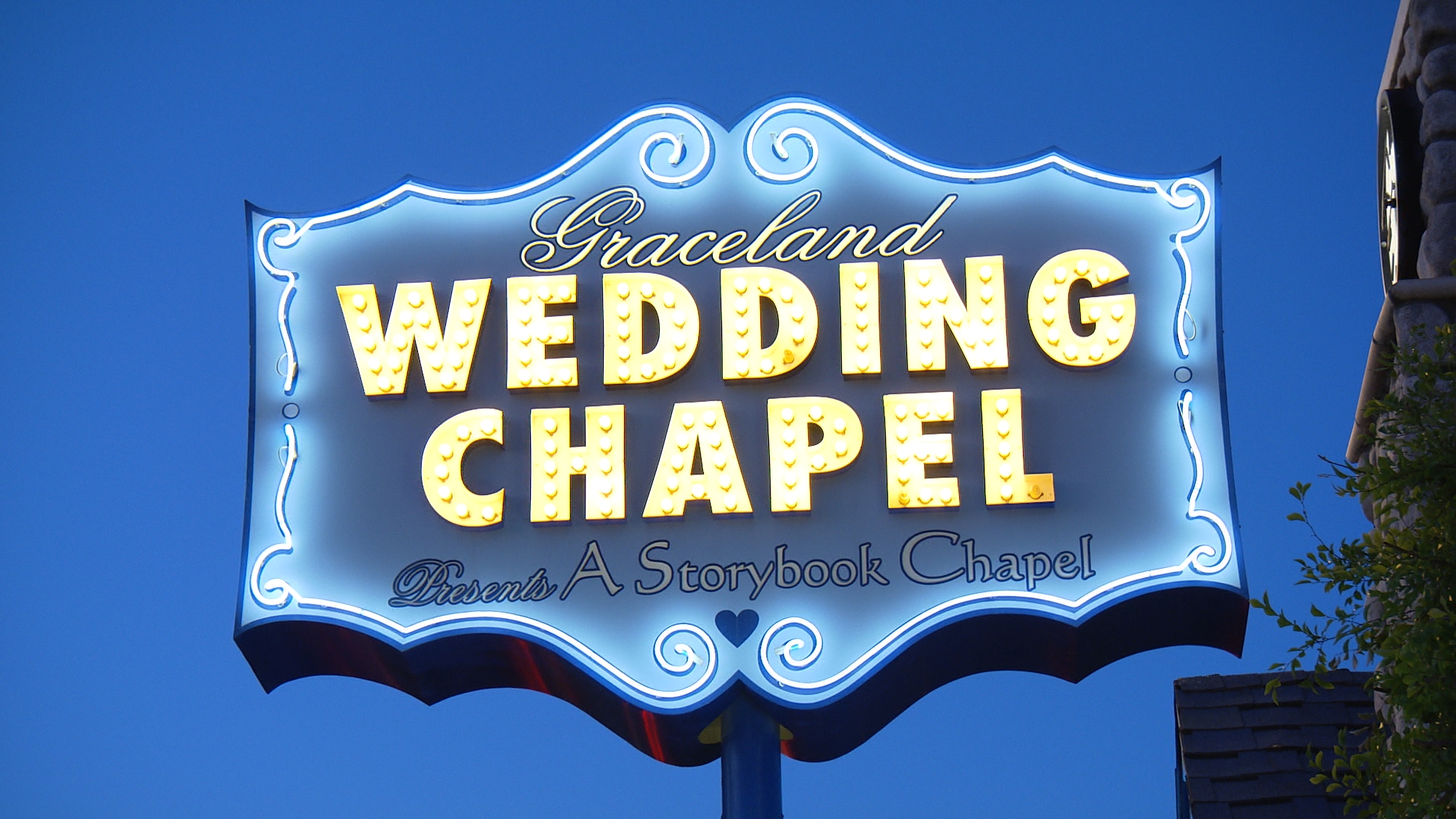 Many would-be brides and grooms are turning their backs on the city that calls itself "the wedding capital of the world," reports CBS News correspondent Carter Evans.

Elvis impersonator Brendan Paul performs up to 130 ceremonies a week at the Graceland Wedding Chapel, but these days that's an exception because the rest of the Las Vegas wedding scene is all shook up.

"It is a mystery that I'd like to solve," Clark County Clerk Lynn Goya said.

She said the number of marriage licenses issued in Las Vegas has plummeted from 127,000 in 2004 to just 80,000 last year. Some experts believe increased competition from other destinations like Hawaii and Mexico are to blame. Others say it's an image problem.

The greatest misconception about a Vegas wedding, according to Lynn is how people perceive the ceremonies.

"That it's spontaneous and not well thought out and that the couple doesn't really want to get married and they regret it the next day," Goya said.

Part of that problem comes from the media.

"The only promotion we get is from the movies, that don't always present us in the best light," Vegas wedding chapel CEO Cliff Evarts said.

He said the city's iconic slogan "what happens in Vegas, stays in Vegas," keeps couples who want to marry away from Vegas.

"In all the years I've been in business, Vegas has never marketed weddings." Evarts said.

There may not have been as much of a need in the past, but Evarts said they should have been promoting the business.

Last week, the county raised the fee for marriage licenses and plans to use the extra revenue for a new marketing plan.

"Vegas is where you go to get a really nice wedding at a very affordable price," Evarts said.

That was the appeal for Jeremy and Courtney Parker who were trying to save a few bucks.

Paul said just because someone gets married by "Elvis," it doesn't mean they don't take the commitment seriously.

"To start your married life that way, you're on the right track I'd say," he said.

The city that has constantly reinvented itself is hoping to do so yet again by bringing those who can't help falling in love back to the altar.