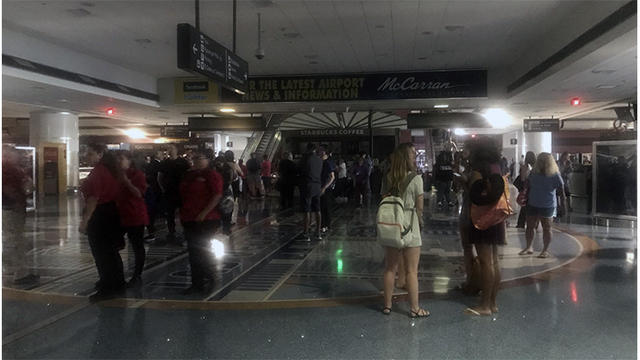 LAS VEGAS -- Power outages lasting more than an hour at parts of McCarran International Airport in Las Vegas caused significant delays on Wednesday morning. Airport officials said that ticketing and gate operations were limited in some areas of the airport and warned travelers to expect delays.

The outages impacted several, but not all terminals in the airport. Terminal 1, which was affected, serves most airlines operating out of Vegas, CBS News correspondent Kris Van Cleave reports. Later, the airport announced that power had been restored to the terminal but warned of more delays.

Jennifer Schuricht, spokeswoman for NV Energy, says the cause of the outage hasn't yet been determined. It began at about 7:30 a.m.