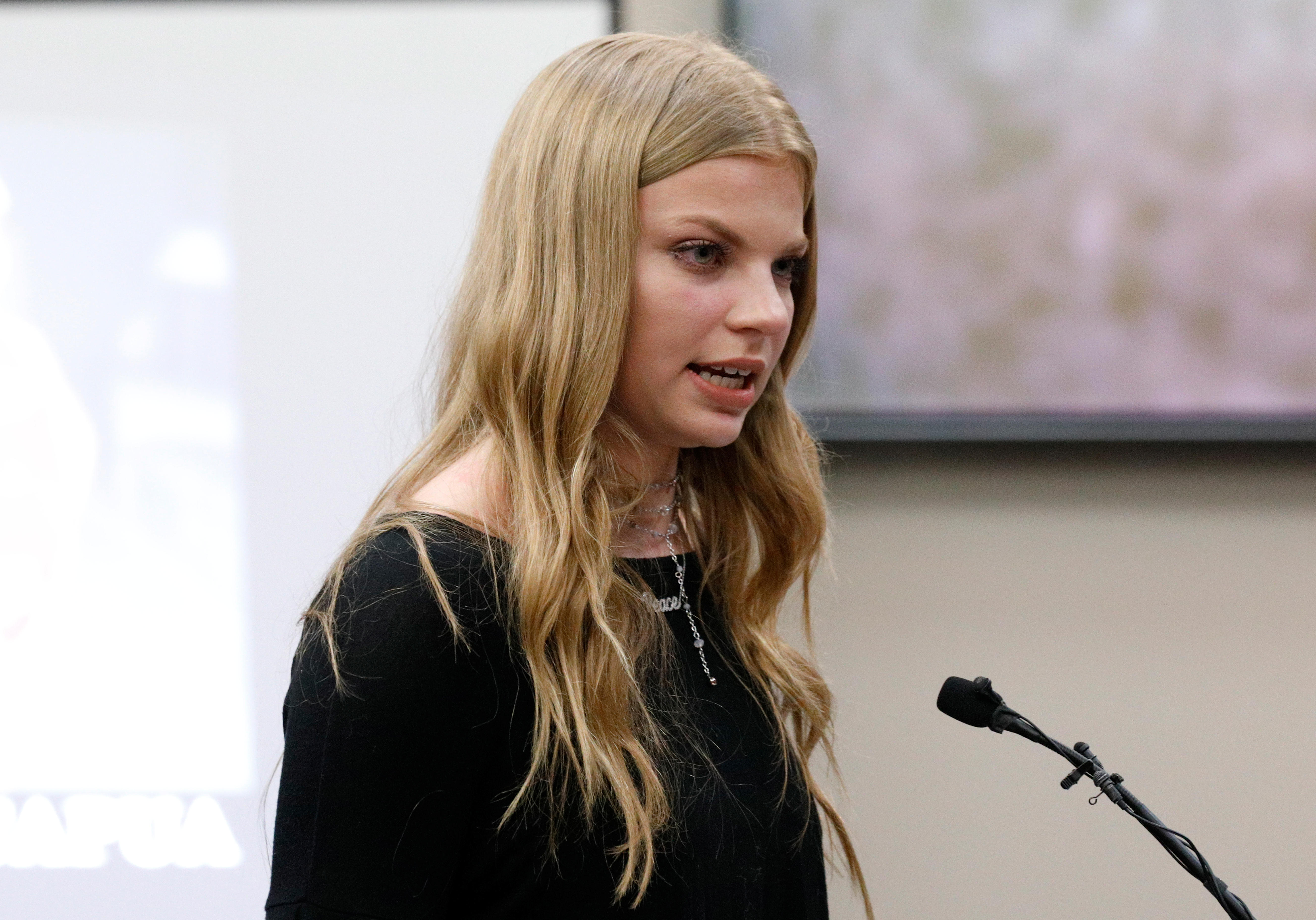 NEW YORK -- A week-long sentencing hearing began Tuesday in Michigan for Larry Nassar, the former team doctor for USA Women's Gymnastics. He will likely spend the rest of his life behind bars after pleading guilty to sexually abusing patients.

Nassar was forced to listen as his victims were heard. Some recounted graphic detail which may be sensitive to some readers.

One by one they came forward, sharing their stories and their pain, and confronting their abuser.

"I have experienced flashbacks and nightmares of the abuse," Jessica Thomashow said.

"I am Jade Capua and I am a survivor," she said.

Alexis Moore was a junior gymnast when Nassar abused her.

"I must ask you this: Are you remorseful for your actions and all of the lives that you have changed forever?" she said.

Kyle Stephens was the daughter of family friends. She was abused from age 6 to about 12 by Nassar.

"Little girls don't stay little forever ... they grow into strong women that return to destroy your world. After my parents confronted you, they brought you back to my house to speak with me. Sitting on my living room couch, I listened to you tell me, 'nobody should ever do that, and if they do, you should tell someone,'" Stephens said. "Well Larry, I'm here. Not to tell someone, but to tell everyone."

Amanda Cormier was a soccer player who says Nassar began assaulting her when she was 15.

"When I say assaulted I want to be clear: I mean that he digitally penetrated my vagina and also molested my breasts on multiple occasions, all while blocking my mother's view and spouting something medical that we wouldn't question," Cormier said.

"He sexually abused her and he had the audacity to do that while I was sitting right there in the room," Donna said.

"In 2009, she took her own life because she couldn't deal with the pain anymore, and it will be 10 years in March that I lost my baby," she said with tears in her eyes.

The court is expected to hear this week from at least 98 women, all describing abuse by Nassar. Some are still minors.

"Sometimes I can't even tolerate another person touching me in an intimate situation without feeling physical pain," she said.

Jennifer Rood Bedford was a volleyball player at Michigan State.

"I remember laying there wondering, 'Is this OK? This doesn't seem right. What's happening?'" she said. "I didn't know what to do."

"I believe that what you have done -- those choices you made -- is not who God intended for you to be when he chose to bring you into this world," Bedford said. "You can choose to be a better man, and to be a different person."

Nassar is already serving a 60-year sentence related to federal child pornography charges. The testimony will continue until Friday, when the judge hands down her sentence. The attorney general's office has asked for up to 125 years.

10 killed in attack at Buffalo supermarket