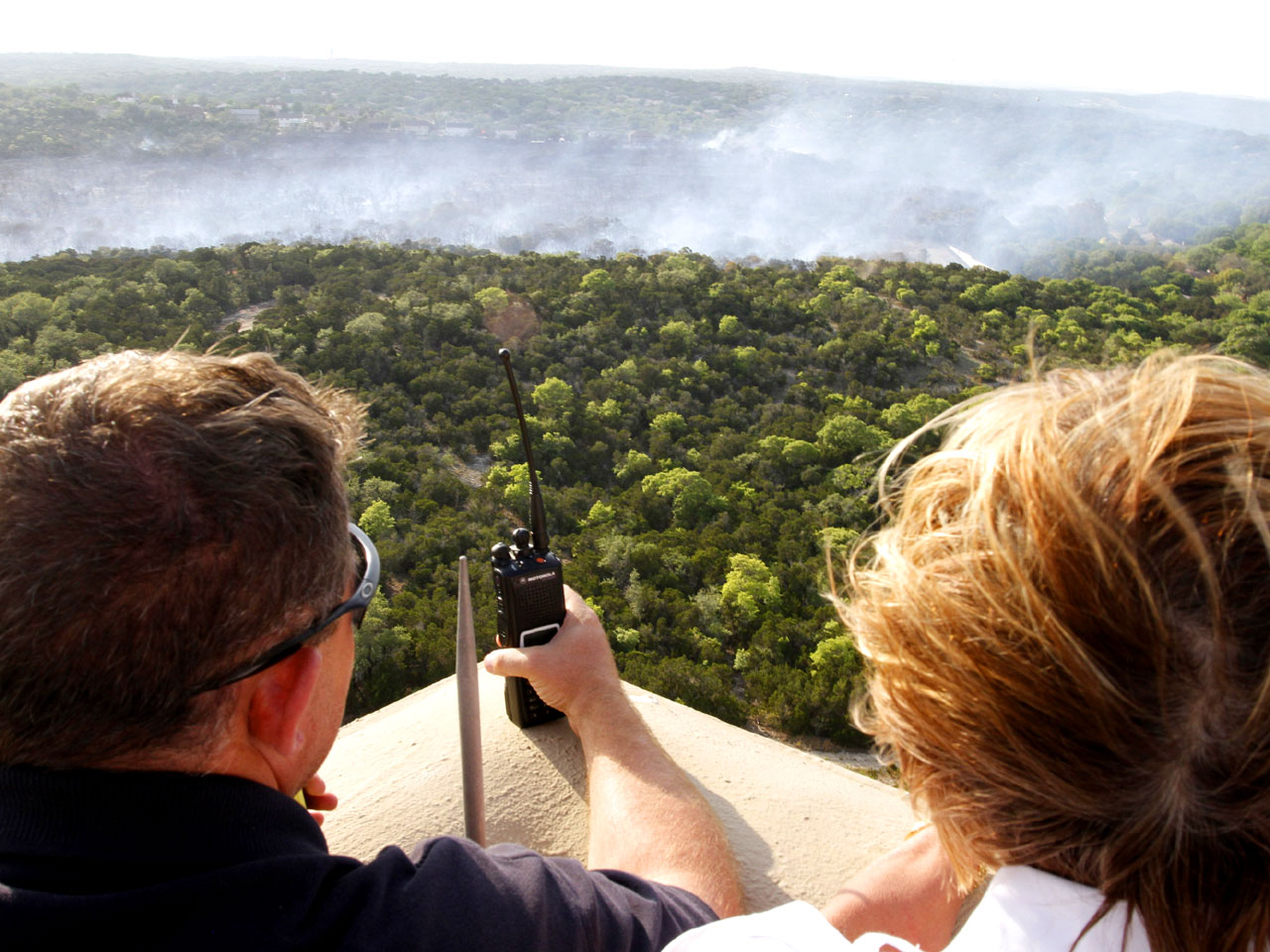 AUSTIN, Texas — A 60-year-old homeless man is facing an arson charge after authorities say he started a campfire to cook eggs and left the hot coals unattended to buy beer before a fire broke out and damaged about a dozen homes in the Texas capitol.

An arrest affidavit released Monday says Michael Bernard Weathers initially told investigators he was cooking eggs in his vehicle but later admitted starting the campfire nearby. Most of parched Texas is under a burn ban.

Weathers was jailed Monday on $50,000 bond. No attorney was listed in online court records.

Austin fire officials say 10 homes were heavily damaged and six others had minor damage. One firefighter suffered a broken thumb.

Wildfires have spread across more than 700,000 acres -- about the size of Rhode Island -- in drought-stricken Texas. Those conditions endured Monday.

New blazes have been detected Tyler and Hardin counties in East Texas, where about 3,000 acres have burned in an area known for its thick forests. Webb said he was particularly concerned that the tops of some trees have been set alight by wind-carried embers, a type of blaze known as crowning.

"Fire builds up and gets into the tops of trees, it just races through the top," said Webb. "You don't normally see that kind of fire activity in East Texas. The fire factor is just running off the charts."

The fire in southwest Austin destroyed at least eight homes and damaged 10 others. The suspect, whose name has not been released, is charged with reckless endangerment. He is being held on $50,000 bond.

About 200 homes had been evacuated, but many of those residents were being allowed back in late Sunday. Two streets were still closed to traffic and residents, Smith said.

Lindsey Senn fled her house after hearing neighbors banging on doors and shouting warnings. The 22-year-old said she looked out her door, saw smoke everywhere, grabbed her pets and left.

"Am I going to come home to a house? ... A lot of thoughts are going through my head right now," Senn said.

Although Smith said the Austin fire was contained, Texas forestry officials say the potential for wildfires was expected to remain explosive in West and northwest Texas on Monday.

"Texas is reaching its capacity to respond to these emergencies and is in need of federal assistance," Perry said in a statement Sunday.

Meanwhile, the Texas Department of Public Safety said a volunteer firefighter who died Friday had been hit by a vehicle after fleeing a fire truck trapped in a wildfire-consumed pasture between Fort Worth and Abilene.

Eastland officials initially said the 50-year-old firefighter died after being overcome by smoke and falling into a ditch.

Several wildfires 70 to 80 miles west of Fort Worth around and south of Possum Kingdom Reservoir had burned about 32,000 acres and may have destroyed more than 50 homes as of Sunday evening, said Forest Service spokeswoman Victoria Koenig.

In the Austin fire, two C-130 aircraft made several flyovers, dumping fire retardant over the fire. In the evacuated neighborhood, many residents had left sprinklers running in hopes of avoiding fire damage.

Inside the Southwest Hills Community Church, being used as an evacuation shelter, residents waited and American Red Cross volunteers brought water and other provisions.

"They are grateful to have a place to go," said church pastor Greg Hill. "They're wondering the state of their homes. The worst part is waiting. Information has been slow. People are being taken care of. They have all the comforts of home without being home, but their minds are on their homes."