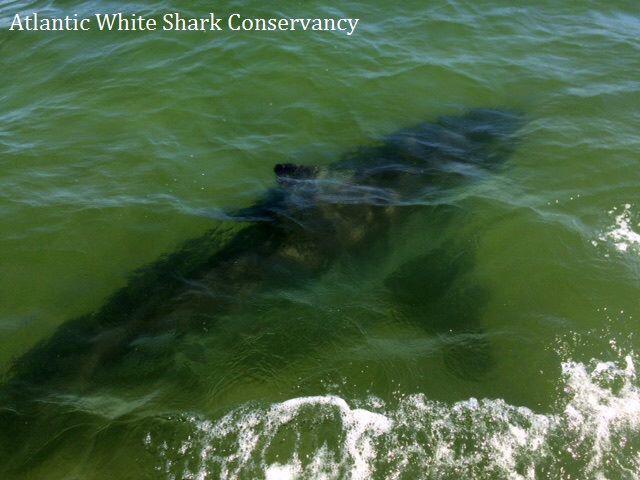 Researchers say they've spotted one of the largest white sharks of the season off Cape Cod, CBS Boston reports.

The 15-to-16-foot shark was seen near the Nauset Inlet during a research trip on Tuesday, the Atlantic White Shark Conservancy said.

The shark hasn't been tagged and its sex won't be known until scientists review underwater footage. They told CBS Boston that they will use identifying markings and scars to see if the shark has been previously identified.

The researchers wanted to tag the animal, but didn't get the chance.

The group tweeted: "Not tagged. Slipped off into the deep before a tag could be deployed, and would have been challenging to tag anyway. Squirrelly."

Cynthia Wigren, president of the conservancy, told the Boston Globe, "This shark wasn't as well behaved as most of the larger ones, so we didn't have an opportunity (to tag it)."

She said most sharks the group finds on their twice-weekly trips are significantly smaller, closer to 12 feet. Only three sightings this year have revealed such a large shark.

The conservancy said the shark was less than a quarter-mile from the shore.