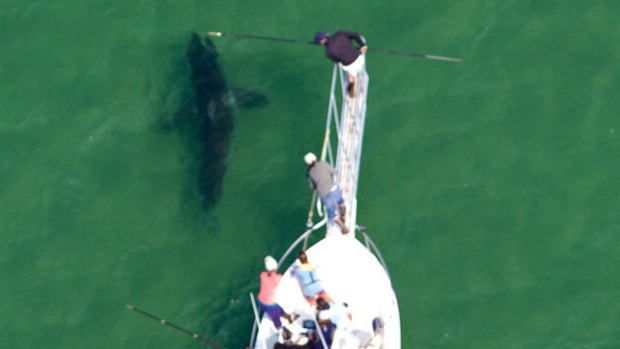 BOSTON -- The first great white shark of the year has been tagged off the coast of Cape Cod, Massachusetts, CBS Boston reports.

Another tagged great white shark has become somewhat of a social media sensation. Mary Lee, whose movements are tracked online, has traveled more than 20,000 miles since she was tagged with an electronic tracker off Cape Cod, in 2012 by OCEARCH.

@MaryLeeShark is the fake Twitter handle for the very real, nearly 3,500-pound great white. She's drawn over 50,000 followers with her playful updates and witty replies as the real life shark cruises up and down the East Coast.

People can track Mary Lee at ocearch.org or on Twitter.