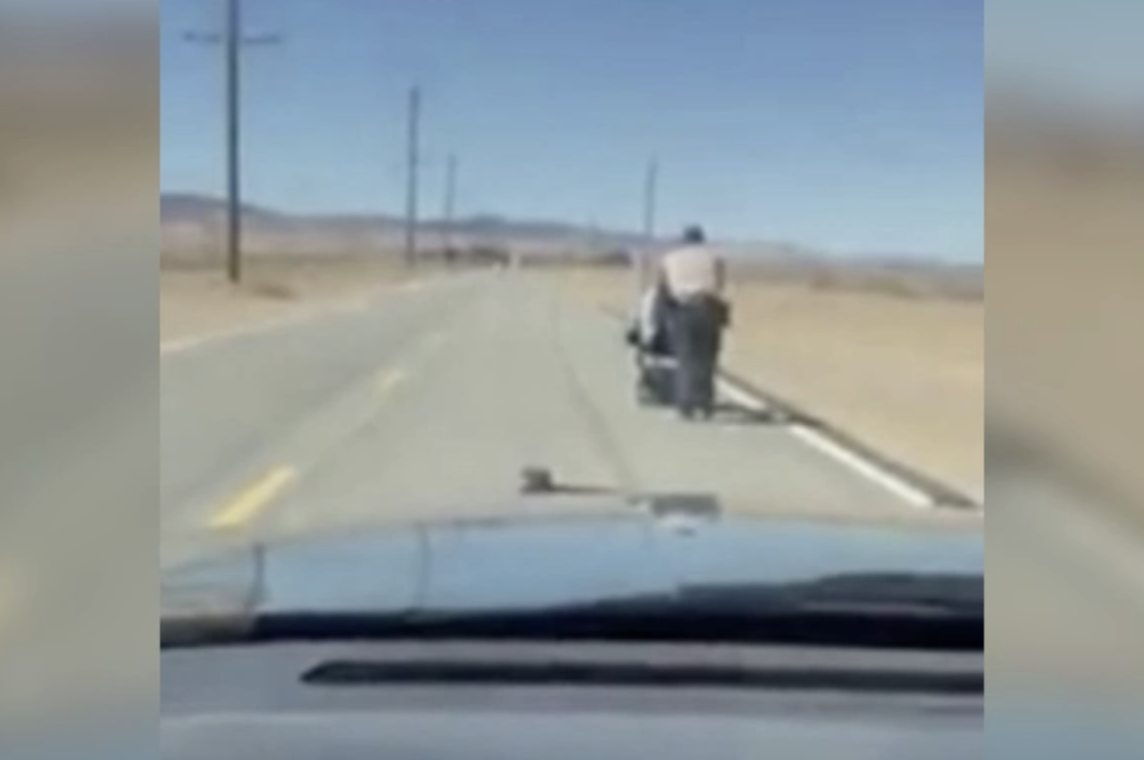 A sheriff's deputy in California is being praised after he pushed an elderly woman in a wheelchair one mile to her home. Lancaster Sheriff's Deputies Chapman and Montanez got a call about a traffic hazard earlier this week. They were told it was a wheelchair in the middle of the road, but when they arrived on the scene, they realized it was much more.

There was a wheelchair on the side of the road, but there was "an elderly female sitting in it," the Lancaster sheriff's office wrote on Facebook.

The woman's motorized wheelchair ran out of power and she was stranded. The deputies offered her a ride, but the wheelchair was too heavy to get into their patrol car and the chair was unable to fold because of the battery pack. The woman didn't want to leave the chair behind, because it is her only means of mobility.

So, instead of leaving both the woman and her wheelchair on the road, Deputy Montanez got out of the patrol car and started walking. He pushed the woman all the way to her home, about one mile away, in his full uniform and boots, the Lancaster Sherrif's officer wrote on Facebook.

Montanez's partner drove the patrol car behind the wheelchair, and lightly teased the walking deputy. "You can pick it up, you're only going about one mile an hour," Deputy Chapman is heard saying in the video he took of Montanez's good deed. Both Montanez and the elderly woman laughed.