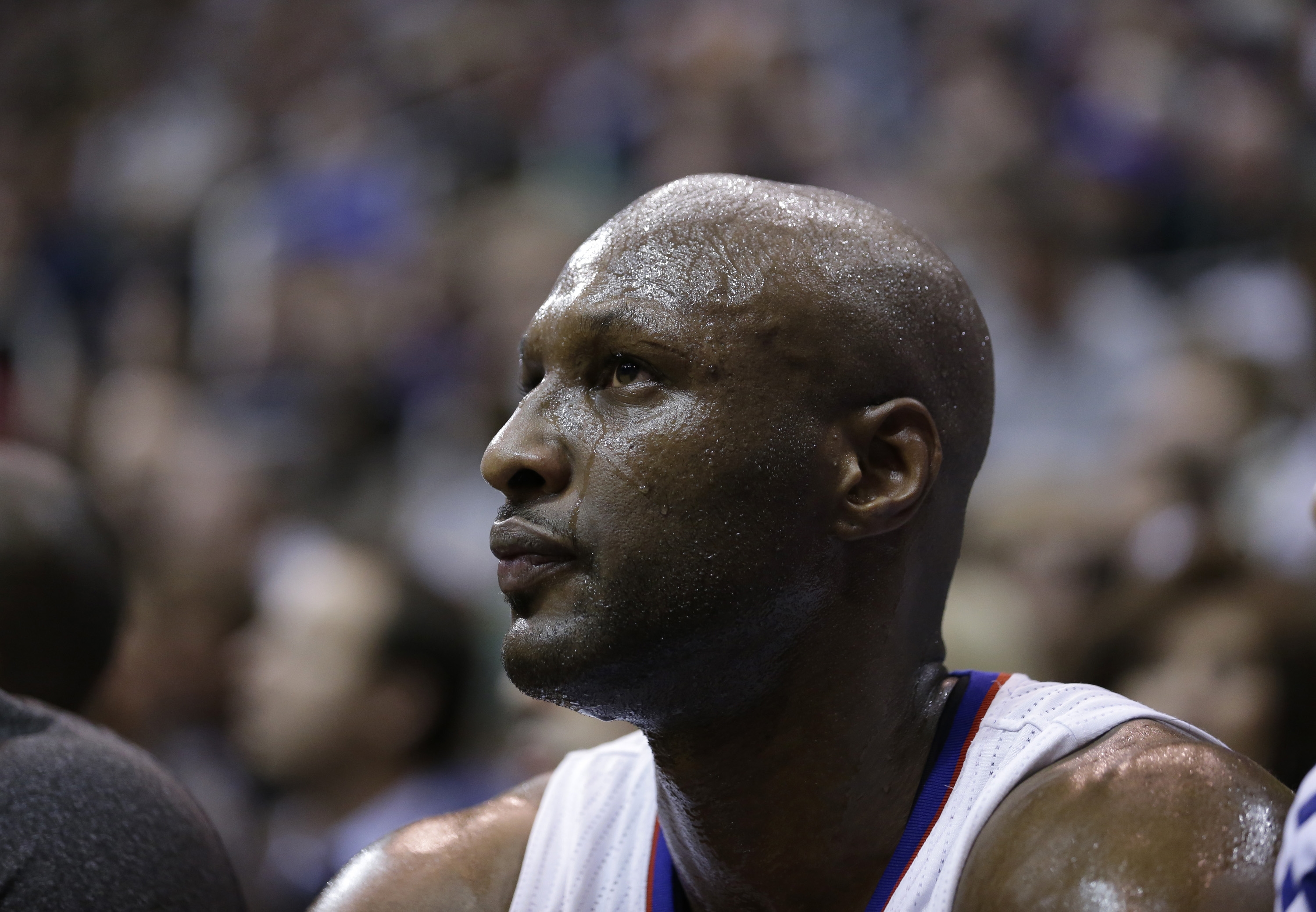 Lamar Odom is believed to have overdosed on cocaine and other drugs before he was found unconscious in a Nevada brothel, according to search warrant records.

The court document includes testimony to a Nevada state judge from Michael Eisenloffel, a Nye County sheriff's detective, on Oct. 13 after the former NBA star was found at the Love Ranch in Crystal.

"I believe that Mr. Odom may be -- or may have been -- under the influence of a controlled substance," Eisenloffel told Fifth Judicial District Judge Robert Lane.

The document was obtained Thursday by The Associated Press.

Odom was hospitalized in Las Vegas and transferred to Los Angeles, where his family said Thursday he was undergoing therapy and is showing improvement.

"He is beginning to gradually flourish both mentally and physically," said a statement from Alvina Alston, publicist for Odom's aunt JaNean Mercer. "His use of speech has increased, and he's more cognitively responsive."

Alston called Odom's therapy regimen "aggressive" but did not elaborate. Reports say that Odom underwent surgery Thursday in Los Angeles, though nothing official has been confirmed.

On Wednesday, Odom and reality star Khloe Kardashian filed a court petition dismissing a divorce filing from December 2013. A clerk granted the request in such a way that the divorce papers can be refiled at a later date.

Kardashian has been by Odom's side since he was found in extremely critical condition at the brothel.

Brothel officials have said workers saw Odom drink alcohol and take supplements sold as "herbal Viagra" but no employees saw him take illegal drugs. The Food and Drug Administration issued a warning in 2013 against one brand of supplement they said he took, Reload, after it was found to contain sildenafil, the active ingredient in prescription Viagra.

A six-page transcript of the detective's request for the search warrant said Odom was seen by witnesses and on security video taking an unidentified pill from an unmarked plastic bag in his pocket, and two prostitutes told police they had "vague knowledge" that Odom was using illicit narcotics.

The court document said the women told police they believed Odom snorted cocaine in a bathroom while they were in the adjacent bedroom.

Love Ranch owner Dennis Hof has said Odom arrived Oct. 10 for a four-day stay and spent $75,000 on two women who accompanied him in a VIP suite.

The Nevada judge issued a search warrant authorizing police to obtain a blood sample from Odom after he was taken to the Las Vegas hospital but test results are pending.

Authorities have not ruled out the possibility of taking action against the brothel or Odom.

Odom spent most of his 14-year NBA career in Los Angeles with the Lakers and Clippers.