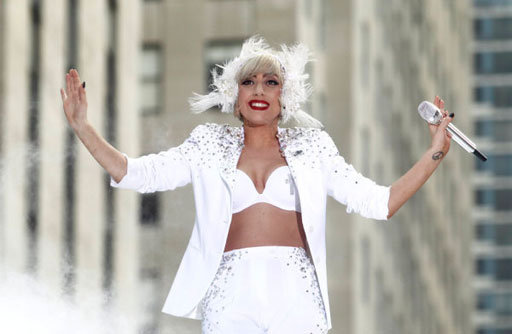 More than 18,000 fans, according to estimates, packed the plaza for the singer's performance on NBC's "Today" show.

Along with her hit singles "Alejandro" and "Bad Romance," the 24-year-old also performed a new tune, "You and I," which she wrote about "the most important person I've ever met."

People magazine speculated that her reference may be to to Luc Carl, Gaga's former boyfriend, musician and bartender. The two have reportedly reconciled recently.