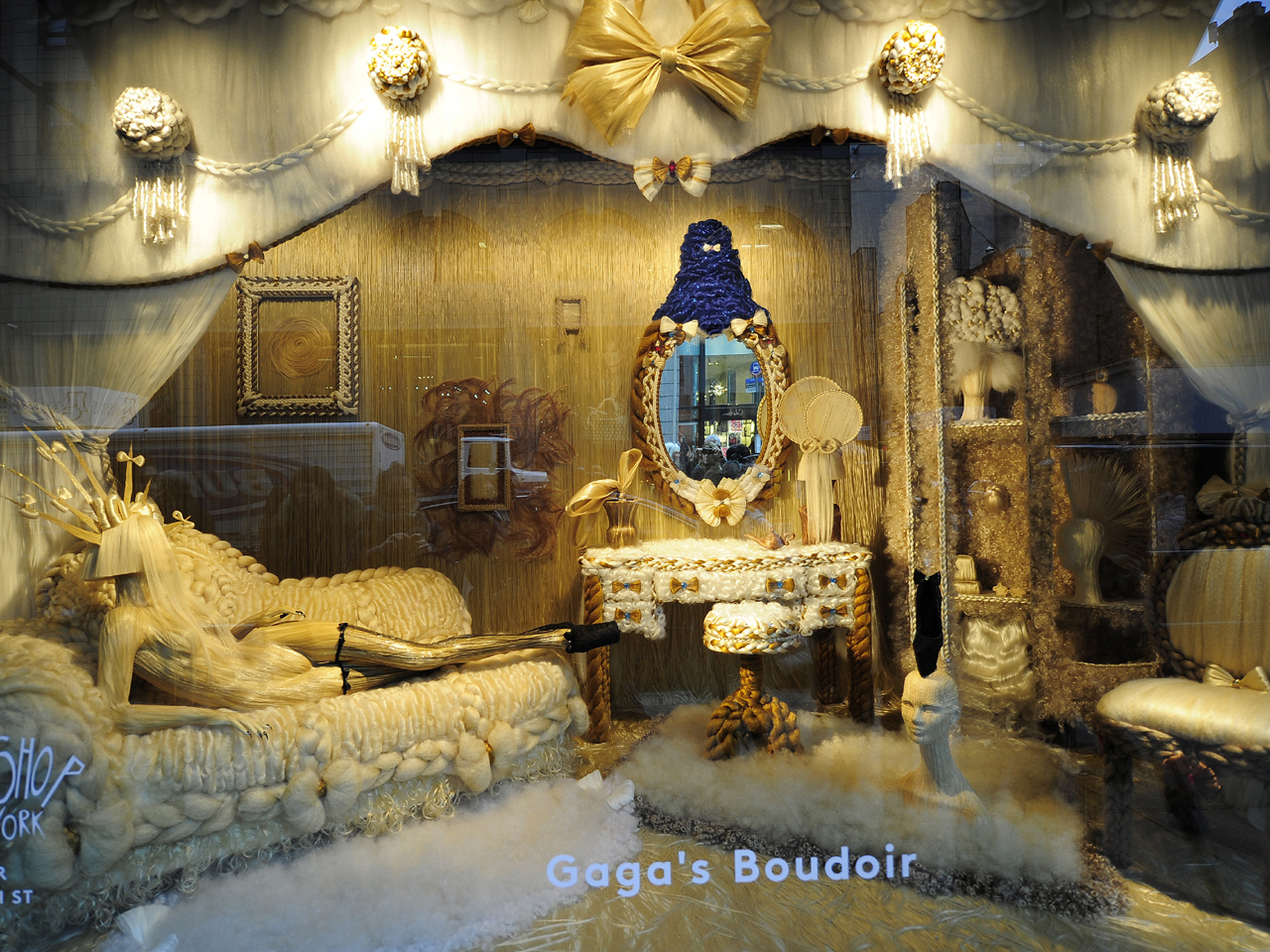 Visiting the department store windows in New York City has become part of the quintessential holiday experience. But this year, Barneys New York has stepped outside of the proverbial gift box, creating a display like no other.

"Early Show" contributor Taryn Winter Brill reported the retailer has teamed up with megastar Lady Gaga, who, in addition to dominating the music charts, has become known for her unique sense of style, blending music, art and fashion. Her over-the-top outfits and performances often leave fans wondering what she will she do next. The answer: She's bringing the world of all-things Gaga to life through a new set of unusual holiday windows.

The spirit of the holiday season in New York is steeped in tradition, Brill noted, from the tree at Rockefeller Center to the high-kicking Rockettes in Radio City's "Christmas Spectacular." Then, there are the iconic store
windows -- an attraction for locals and tourists alike.

The department store Lord & Taylor has been dressing its famous windows since 1938.

Scott Devine, vice president of visual merchandising at Lord & Taylor, said, "What's most interesting about our windows, it's the hustle and bustle of New York City, it's 5th Avenue, it's the holidays. (But when people see our windows, they actually) slow down and stop. (It's amazing) to watch people get up against the glass and share experiences."

Dennis Freedman, creative director of Barneys New York, says of this year's windows, "Her touch, her vision is on every single thing we've done."

The windows feature "Gaga's Boudoir," made entirely of wig hair -- a celebration of her many and unique hair styles. A "Crystal Cave" section of the storefront features the singer's form as a mermaid. And in another section, called "Gaga the Machine," the star is depicted as part woman, part motorcycle.

When asked about the non-traditional format of this year's windows, Freedman laughed and replied, "Well, we aren't a traditional store, and we like to surprise. And we thought, with her as an inspiration, we would be challenged to do things that we never would have done on our own."

One window watcher told CBS News, "I think it's so cool, because everywhere else, it's the lights and the Christmas trees, but this is just different."

Brill added on "The Early Show" that displays, according to Barneys, usually take six months to design and excute. However, this display was pulled off in just six weeks, with workers on the job around-the-clock. Brill said the retailer has also transformed 5,500 square feet of its New York store into Lady Gaga's Workshop -- the star's take on Santa's Workshop -- where shoppers can pick up apparel, jewelry and other items inspired by the star.

A portion of the sales from Gaga's Workshop will be donated to the Born This Way Foundation, the organization recently founded by Lady Gaga and her mother, to focus on youth empowerment and equality.