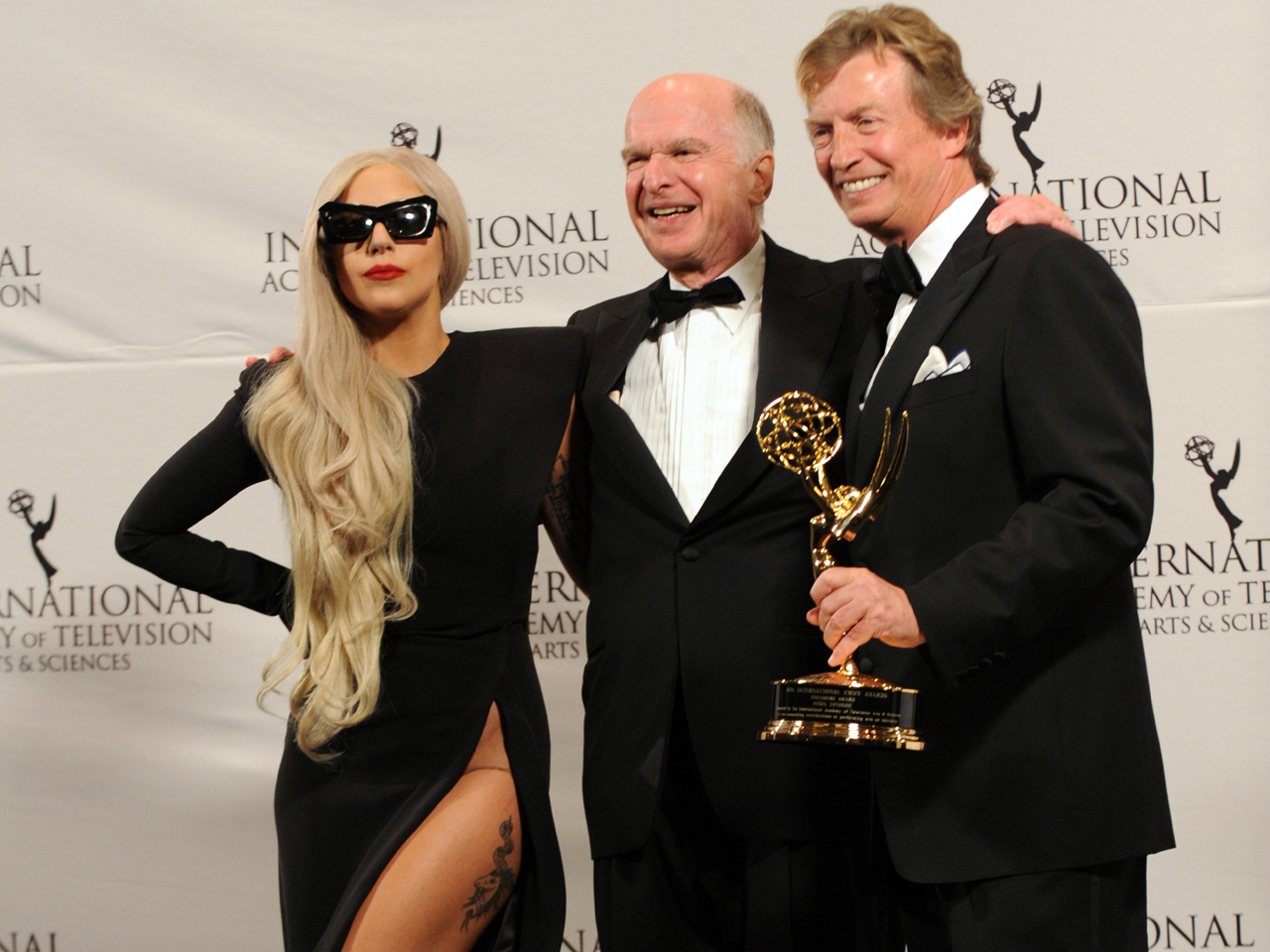 (CBS/AP) Lady Gaga and her tattooed thigh made a surprise appearance at the 39th annual International Emmys in New York  Monday night.

The 25-year-old pop star presented Nigel Lythgoe, executive producer of "American" Idol and "So You Think You Can Dance?," with an International Emmy Founders Award, honoring him for his work on reality shows and commitment to dance.

Gaga called Lythgoe her "favorite producer," adding, "He always helped to nurture and foster my crazy ideas, no matter how demographically unfriendly they were." .

Lythgoe, meanwhile, praised Gaga, calling the singer "the most creatively talented woman in the world of show business right now."

Forty nominees from a record 20 countries were competing in 10 categories for International Emmys, honoring excellence in television programming outside the U.S. The ceremony was hosted for the second straight year by former "Beverly Hills 90210" star Jason Priestley.

"Accused" received the Emmy for best drama series. The anthology tells the stories of people accused of crimes as they sit in holding cells beneath the courtroom awaiting the verdict in their trials.

The award in the TV Movie/Mini-Series category went to Sweden's "Millennium," based on the late Stieg Larsson's best-selling trilogy that follows investigative journalist Mikael Blomkvist and the anti-social computer hacker Lisbeth Salander as they unravel various crimes.

The awards aren't the only thing making headlines. Gaga's revealing split dress showed off a lot of leg (and maybe even more), including her thigh tattoo, featuring a unicorn and the words "Born This Way." Some tabloids are suggesting the pop star suffered from a wardrobe malfunction.