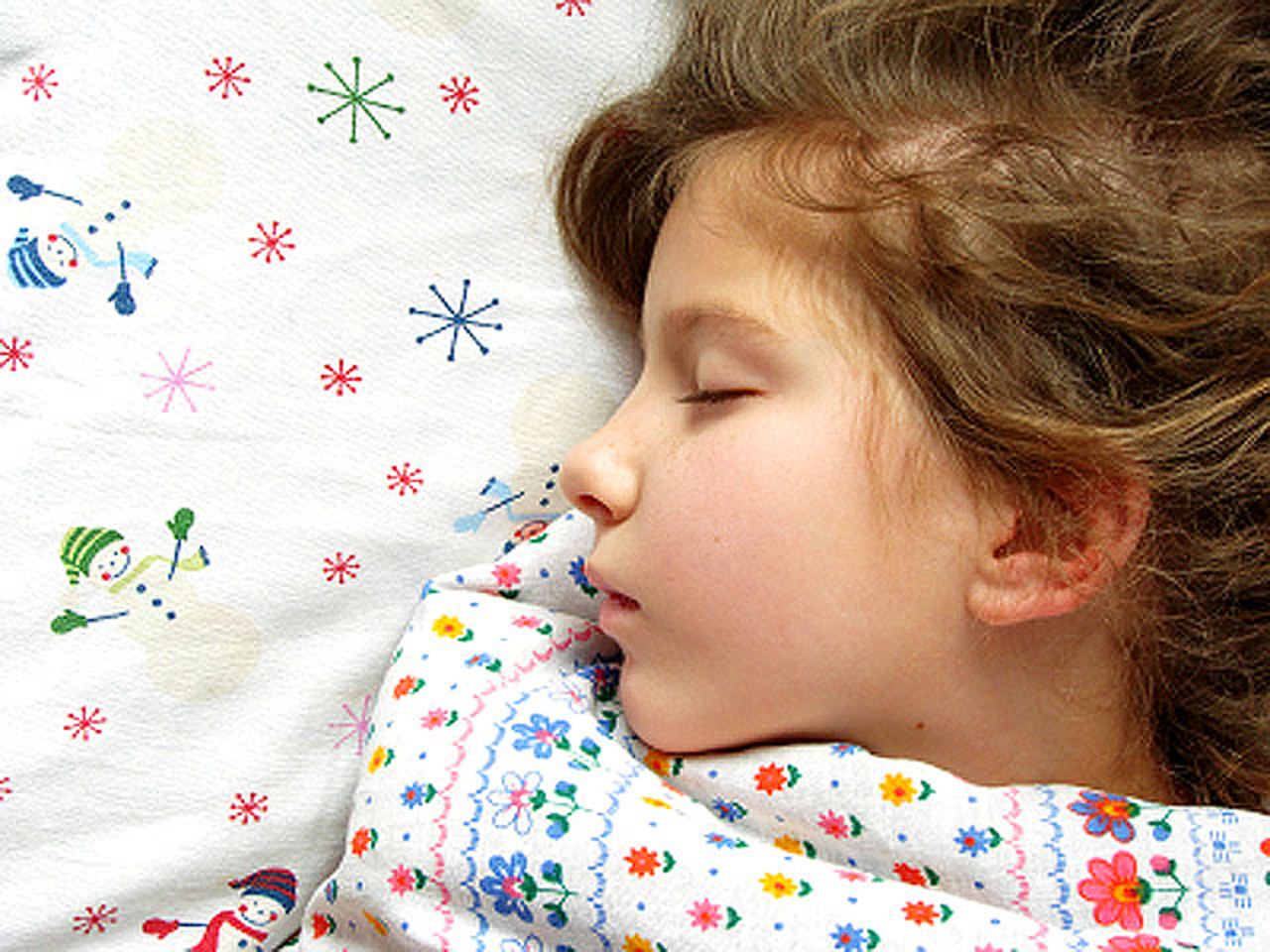 When it comes to children's protests about their bedtimes, parents shouldn't give in. Research suggests that not going to bed at the same time every night may be harmful to the developing brain.

The National Sleep Foundation says that preschoolers between 3 to 5 years old need 11 to 13 hours of sleep, while kids up to the age of 12 need 10 to 11 hours of sleep.

"Early child development has profound influences on health and well-being across the life course," study author Amanda Sacker, professor of lifecourse studies at University College London, said to HealthDay. "Therefore, reduced or disrupted sleep -- especially if it occurs at key times in development -- could have important impacts on health throughout life."

The new research, which was published July 8 in the Journal of Epidemiology and Community Health, looked at 11,000 children in the U.K. Their families were asked about bedtimes and other routines when their kids were 3, 5 and 7 years old. At the age of 7, the children were also given a test to measure their math and reading skills, and special awareness.

The 3-year-olds were found to have the most irregular bedtimes, with 20 percent of them going to bed at different hours each night. By the age of 7, the children were tucked in between 7:30 and 8:30 P.M. for the most part.

The tests revealed that girls who had irregular bedtimes at the age of 7 were more likely to have lower scores on all three cognitive measures than those who had regular bedtimes. Sleeping patterns did not affect the test scores for boys at this age, however.

Looking further into the findings, if a child had an irregular bedtime at the age of 5, it didn't seem to affect his or her test scores at a later age. However, both boys and girls who weren't sleeping at the same time every night at the age of 3 had lower scores in reading, math and spacial awareness.

The researchers said that sleep may play a big role in the brains "plasticity," or its ability to learn and store new information. Bad sleep patterns earlier in life may set people up for problems later down the road. They also believe that the evidence shows that 3 might be a crucial age for mental development.

"Age three seems to be where you see the largest effect and that is a concern," Sacker pointed out to the Guardian.

"If a child is having irregular bedtimes at a young age, they're not synthesising all the information around them at that age, and they've got a harder job to do when they are older. It sets them off on a more difficult path," she added.

But, Dr. Robert Scott-Jupp of the Royal College of Pediatrics and Child Health told the BBC that people shouldn't assume less sleep leads to less-smart children.

"At first glance, this research might seem to suggest that less sleep makes children less intelligent, however, it is clearly more complicated than that," he said. "While it's likely that social and biological brain development factors are inter-related in a complex way, in my opinion, for schoolchildren to perform their best, they should all, whatever their background, get a good night's sleep."