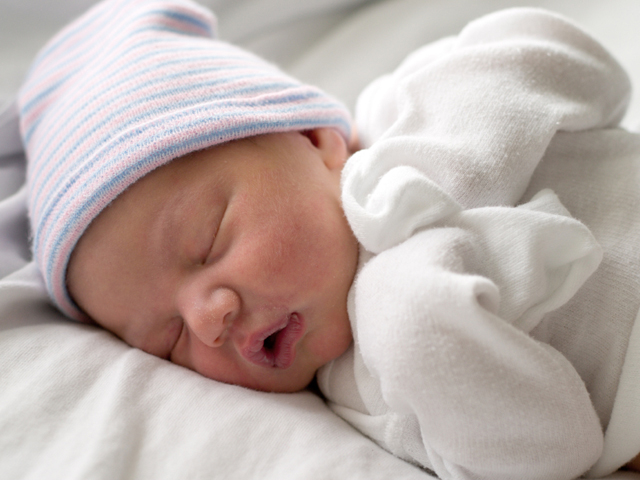 Parents who are having difficulty getting their babies to sleep through the night may be somewhat relieved by a new study showing that a large determinant of an infant's nighttime sleep is simply the luck of the genetic draw.

Researchers in Canada studied sleep records from nearly 1,000 identical and fraternal twins in Quebec, and found that genes largely determine whether children slept through the night. However, children's ability to nap during the day is controlled more by their environment.

While some parents may find themselves fortunate in having a sound sleeper, the researchers said there are also ways to help a child along.

"The genetic influence is only part of the equation that controls sleep duration. One should not give up on trying correcting inadequate sleep duration or bad sleep habits early in childhood," said study author Evelyne Touchette, a psychology researcher at Laval University in Quebec.

The researchers found there is a particularly sensitive time for the influence of parental interventions, at around 18 months, Touchette said. "This is a good time to implement sleep strategies in order to improve the child's nighttime sleep habits if they are not already in place," she said.

Parents should not assume that a child who doesn't seem to sleep enough doesn't need more sleep, Touchette said.

Only 5 percent of children in the study were considered "short-persistent sleepers," meaning they seemed to need less than 10 hours of sleep nightly. "One should use caution before concluding that their child is truly a short-sleeper. More often than not, children do not get sufficient sleep for other reasons," she said.

In the study, the researchers did not look for specific genes associated with sleep, rather they looked at whether identical twins were more likely than fraternal twins to share sleep patterns.

While children can vary in their sleep habits, there are some milestones to look for, said Dr. Dennis Rosen, associate medical director of the center for pediatric sleep disorders at Boston Children's Hospital and author of "Successful Sleep Strategies for Kids" (Harvard University, 2012).

At 6 weeks old, infants begin napping two to three times a day, moving to two daily naps by age 6 months, he said. At 18 months, a toddler should be down to one nap during the day.

"Most children are finished with daytime naps by the time they're about 5, but many children stop napping earlier," he said.

In the Quebec study, 4 percent of children had stopped napping by age 4, but that number was 68 percent in a similar study from Italy, showing culture has some impact on nap times.

It's key to find balance between spending enough time in bed but not too much time, Rosen said.

Children not given enough time to sleep will often become irritable and cranky, but children who stay in bed longer than they need will often not stay asleep, or will wake up multiple times throughout the night.

Both Rosen and Touchette said it is important to establish a routine that allows the child autonomy in getting themselves to sleep.

"From about [6 months], I recommend putting children to bed when they are drowsy but still awake, so that they can develop appropriate sleep-onset associations and learn to fall asleep on their own," Touchette said, adding that this also helps children to fall back asleep quickly when they wake up at night.

Parents should look for possible sleep problems, such as loud snoring, gasping or pauses in breathing. But even other issues that have a child consistently waking parents up can be problematic.

"These are things that are not medical issues but they can be quite disruptive," Rosen said. "The parents need to sleep as well."

"Speaking to somebody who is knowledgeable about sleep in children, a pediatrician or sleep specialist, can be very beneficial."

The study was published May 27 in Pediatrics.