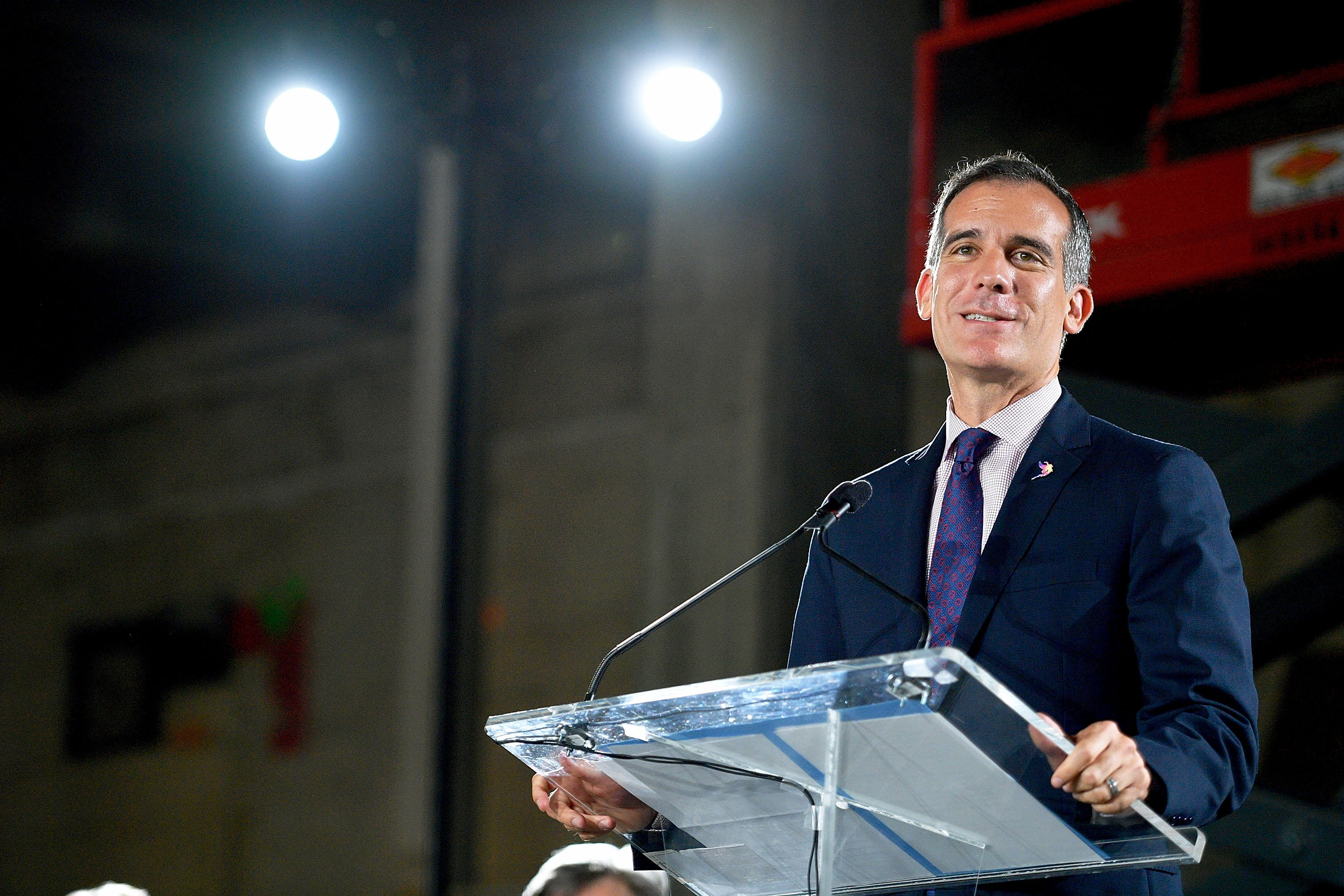 Los Angeles Mayor Eric Garcetti says he's considering a possible run for president in 2020 after announcing he would not seek a run for the governor's seat in California, according to an interview with the New York Times.

Garcetti told the Times he considers himself a part of an "impatient next generation" as Democrats weigh who will lead the beleaguered party in the next presidential election. He described his party as being as "weak as he could remember."

"There's definitely an impatient next generation ready to move," he added.

While Garcetti, 46, proves to be a potential contender for the party's next nominee, winning his mayoral re-election with 81 percent of the vote, he says he considers himself "progressive and practical."

In the wide-ranging interview, Garcetti embraced a grassroots mentality coming out of local and state elections, saying, "The White House is not where power comes from in this country."

He added, "The cities and the local communities of this nation are prepared to save Washington — and not vice versa."

Democrats hailed the most recent gubernatorial election earlier this month as a referendum on President Trump -- securing the governor's seat in both New Jersey and Virginia as well as a vast array of local and state delegate seats across the country.