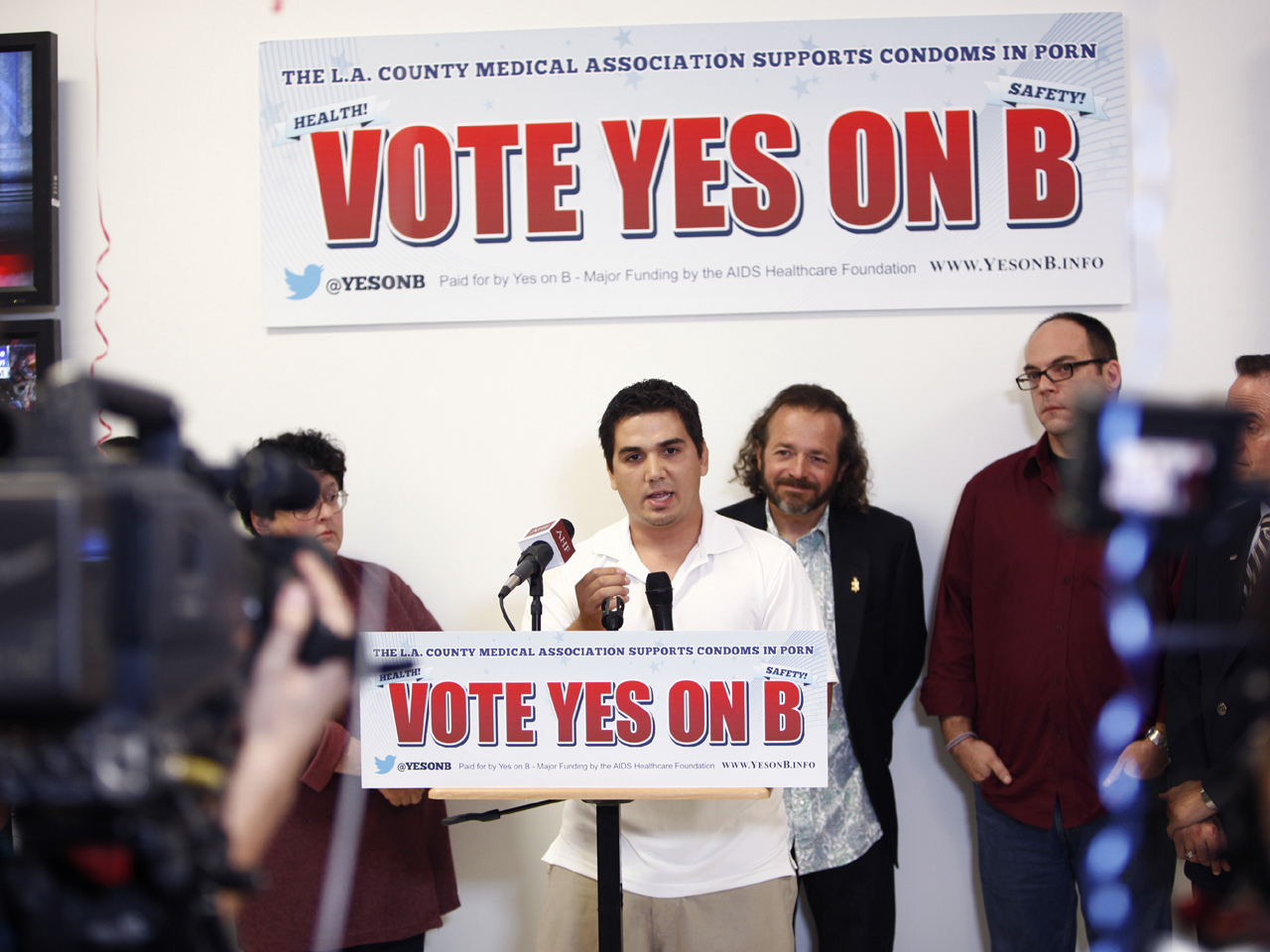 The California Secretary of State about 56 percent of voters approved the measure, known as Measure B or "Safer Sex in the Adult Film Industry Act," CBS station KCBS in Los Angeles reported.

Pornographic producers will have to apply and pay for a permit from the Los Angeles County Department of Health before shooting a movie. They also will be subject to random inspections from the department to check if the performers are wearing condoms. Fines will be imposed on people who don't comply.

The idea of allowing a government employee to come and examine our genitalia while we're on set is atrocious," Amber Lynn, an adult film actress, told the Pasadena Star News at an anti-Measure B rally Sunday in North Hollywood.

California and New Hampshire are the only two states that legally allow adult films to be produced. Previously, the permit was required in Los Angeles city, but now the regulations will be expanded to 85 other cities in Los Angeles county.

The measure was supported by the The AIDS Healthcare Foundation, which argued that condoms would help protect the performers.

They pointed out that the industry has stringent rules when it comes to testing for sexually transmitted diseases, and requiring condoms would not really add much more protection.