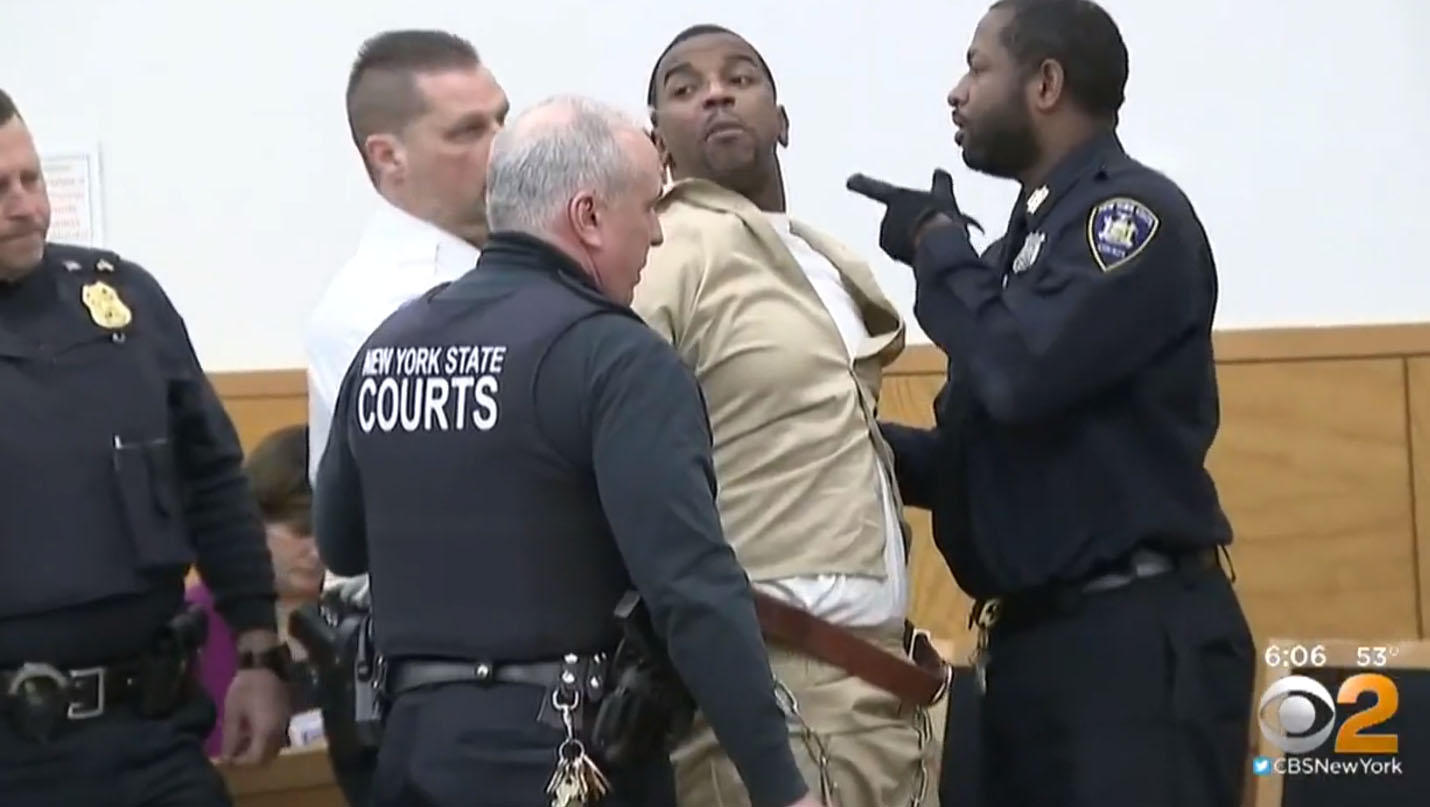 NEW YORK -- A man charged last year in connection with the 2004 death of a teenage girl and now arrested in a second cold case killing in the same Brooklyn neighborhood appeared in court Wednesday screaming that he was being framed.

“I didn’t do anything, judge,” Kwauhuru Govan said. “I can’t dissect a frog.”

Govan, 38, was arrested Wednesday on murder charges in the death of 19-year-old Rashawn Brazell, of Bushwick, prosecutors said. The 19-year-old man’s dismembered body parts were found in a subway tunnel and at a Brooklyn recycling plant in 2005. A medical examiner report said he died of asphyxia by neck compression.

More than a dozen police officers dragged Govan into court on Wednesday, where he began arguing with the judge about whether he could stand up during proceedings, the station reports.

He was scheduled to be arraigned on murder charges for Brazell’s death, but he refused to be fingerprinted.

A judge ordered Govan to appear in court every day until he agrees to be fingerprinted and can be arraigned.

“For 12 long years, the family and friends of Rashawn Brazell have been searching for answers after this beloved young man was killed and discarded in such a horrific fashion,” said Acting District Attorney Eric Gonzalez.

Gonzalez said the case was investigated by the District Attorney’s Forensic Science Unit, which is expanding to include a Cold Case Unit.

“It has been 12 years and I want to thank the detectives, the agency, the whole cold case unit for staying by my family,” Desire Brazell, the victim’s mother, told reporters Wednesday.

Govan had previously been indicted in the murder and kidnapping of 17-year-old Sharabia Thomas. Her body was found inside two laundry bags in an alley after she had left her Bushwick home. She had reportedly been tied up and strangled.

That case was solved through previously untested DNA evidence that was recovered under the teen’s fingernails and matched the defendant, prosecutors said.

Govan was living in Florida until his arrest in that case last November, reports CBS New York.

Sources told the station investigators have a DNA link in Brazell’s killing as well. NYPD Chief of Detectives Robert Boyce would not confirm a DNA match in the Brazell case, but said his department is looking into whether Govan could be linked to other crimes.

“This perpetrator has been all over the country – California, Florida, and we’ll look at any other case that fits these parameters,” Boyce said.