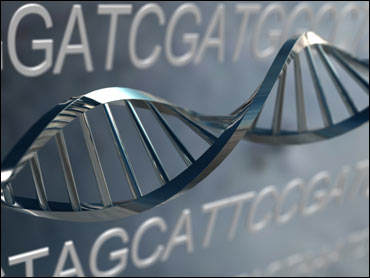 NEW YORK – Ten years after her murder, the DNA beneath a teenager’s fingernails has finally resulted in an indictment, reportsCBS New York.

On Feb. 11, 2004, the naked body of 17-year-old Sharabia Thomas was found in two laundry bags in an alley in Brooklyn. Officials said she had been tied up and strangled.

Prosecutors said she did not go without a fight, and that is why her family now has a chance at closure.

In 2004, DNA testing yielded no results. But this past June, the Brooklyn District Attorney’s Office Cold Case Squad analyzed the victim’s fingernail clippings and got a match to 38-year-old Kwauhuru Govan, who was in the system following a 2014 arrest for robbery in Florida.

“Sharabia bravely fought for her life when she was attacked and the evidence that helped to find her alleged killer was discovered under her fingernails,” Acting Brooklyn District Attorney Eric Gonzalez said. “It is my hope that solving this terrible crime will offer a small measure of comfort to Sharabia’s family, who suffered such an unspeakable loss.”

Govan reportedly lived about two blocks from the teen’s home at the time of the murder. He has denied knowing the victim. Appearing in a packed courtroom in Brooklyn on Thursday, Govan reportedly shouted out that he’d been framed.

A family member responded, “You can’t frame someone from DNA,” according to CBS New York.

The New York Post reports that one of Sharabia’s family members lunged at Govan and screamed obscenities at the hearing.

Govan is charged with second-degree murder and first-degree kidnapping. He was ordered held without bail and faces up to 25 years to life in prison if convicted.