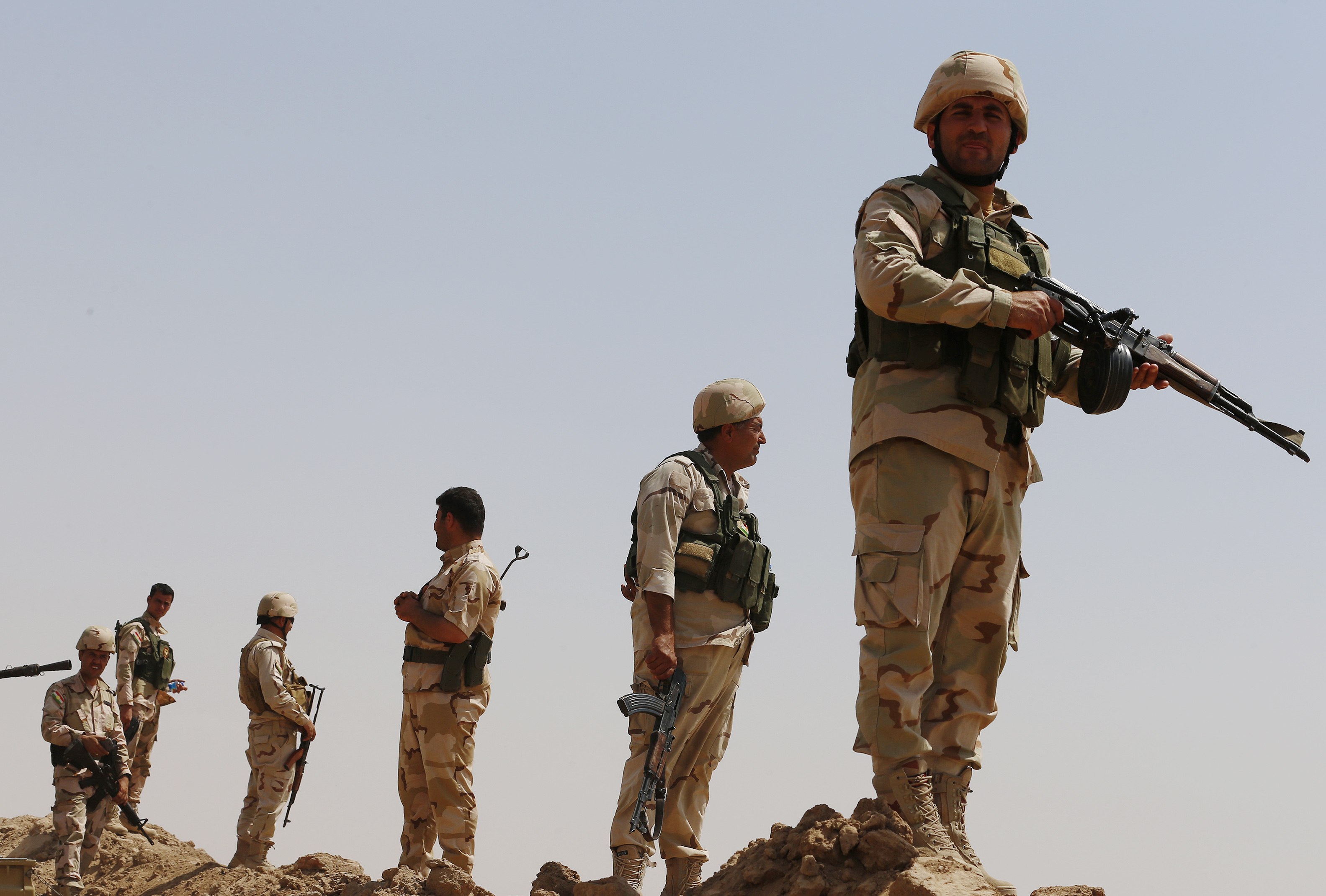 ERBIL, Iraq - Masrour Barzani is the head of Kurdish intelligence service, which is helping pick the targets for U.S. pilots in support of Kurdish forces on the ground.

The U.S airstrikes against ISIS are "very useful," he told CBS News. Kurdish fighters are thankful for U.S. support, but he adds: "but I don't think it's enough to defeat ISIS."

"ISIS is still very intact in Syria. ISIS still feels secure in areas like Mosul and Tal Afer," Barzani said. "We believe the strikes should target the nerve system and the leadership of ISIS wherever they may be."

And by that, he said, he also means Syria, where he would like to see U.S. airstrikes against ISIS.

Barzani told CBS News the Kurds are talking to the White House about major support for the Kurdish Military, known as the Peshmerga.

"We are asking the United States for they should help the Peshmergas with heavy armament," Barzani said. "Tanks, helicopters, heavy armaments, MRAPs especially, you know, because they are very important."

MRAPs are armored troops carriers. The Peshmerga CBS News met looked like they could use them. There was evidence of a battle, won. But all the weapons they reloaded were light -- no artillery, no effective armor.

So imagine how they feel about the sound of American jets.

Iraq had been building a future. But its aspirations are now occupied by a past it cannot escape. CBS News found families -- what's left of them -- running from ISIS's brand of religious extremism.

A woman named Nadiya said the men of her village were herded behind a school. There was a shooting. A boy came to tell the women what he saw: All the men were being killed. She says they didn't believe such news coming from a little boy.

With the men, more than 100, in a mass grave, Nadiya said the women were loaded into dump trucks and taken to a city to be given away as prizes to ISIS soldiers. She escaped.

"My friends are all captive," Nadiya told CBS News. "I don't know anything about my brothers, but most of all I want my mother. Tell them I just want my mother."