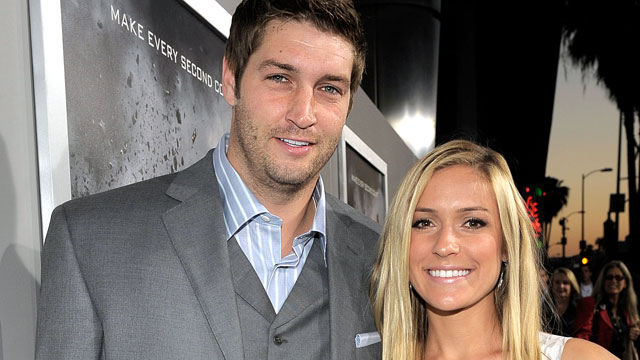 Cavallari recently revealed the story of her proposal to the high profile football player, and let's just say it's not exactly one she'll be dying to tell her kids.

The couple, who are parents to their son Camden, have been engaged since April 2011 and reconciled after a brief split in July of that same year. So how did Jay pop the question again?

Pics: When celebs and athletes hook up

"I was in the airport, leaving Chicago. We had just spent however many days together and we were texting and somehow it came up, like, 'Oh, shall we get married?' We're like, 'Yeah, OK,'" Cavallari tells E! News in an upcoming interview that will air March 10. And then he sent my ring in the mail. So I actually had my ring sitting at home for a couple of weeks before I put it on."

Though despite the less-than-appealing text message proposal, she shares that the wedding is in fact very much on.

"[We] know where, we know the colors, we have people booked. I'm hoping to keep it around 160," she says. "We actually have a date...But we're not, you know, telling anyone details."

With a proposal like that, we can only imagine what Jay has up his sleeves for Valentine's Day.